Most of the Lettres sur les Anglais are written in an expository style, as descriptions for the curious reader of aspects of English history and society. When Voltaire’s own point of view can be discerned, it usually comes in the form of ironic (if not always subtle) comments made en passant. Letter XI, on inoculation for smallpox, is different.

This letter has a strongly polemical flavour, and reads almost as a campaigner’s tract. Voltaire’s own comments explain why: smallpox was an illness of grave concern at the time he was writing, affecting thousands of people every year, many of whom would be killed or seriously disfigured by the disease, including some whom Voltaire knew personally. Lady Montague’s introduction of smallpox inoculation to England in 1721, popularised as it was through its adoption by members of the royal family, had already made a major difference to smallpox infection rates in the country. Seeing the concrete positive effect the treatment was having, Voltaire makes the case that it would be foolish of the French not to adopt inoculation as a preventive measure against a devastating disease.

Voltaire was not deceiving himself about how difficult it would be to bring about the goal of widespread smallpox inoculation in France. There was widespread resistance to the idea. People were afraid of the risks of introducing the disease, and more generally opposed to a treatment that went ‘against nature’ or against the will of God. It is easy to forget that despite considerable advances in medical theory and practice, Galen’s theory of the humours still held considerable sway in the early eighteenth century. According to this ancient doctrine, illness and disorders were caused by an imbalance of vital fluids in the body, which had to be rebalanced, often by bleeding patients with leeches. 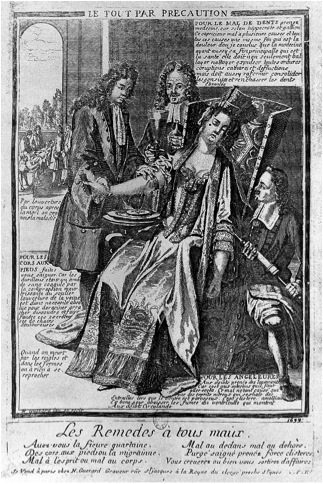 The germ theory of disease, according to which disease was caused by foreign pathogens entering the body, would not be demonstrated by Pasteur for another century and a quarter. This theory explains why inoculation works: when combating a specific pathogen the immune system learns what is effective, and is then equipped to fight off the same pathogen if it encounters it again. The thought that one might intentionally introduce an ailment into the body with the intention of preventing later illness seemed nonsensical to many eighteenth-century minds – skilled physicians and ordinary people alike.

Still, the success of smallpox inoculation in England was to Voltaire an obvious case of a triumph of empirical science over pigheaded superstition. The fact was that, for reasons that were not yet clear, the technique worked and had the potential to make an enormously positive impact on quality of life.

Voltaire’s intervention in the inoculation debate did have an impact, albeit one that was slow to develop: it would not be until the mid-1750s that smallpox inoculation would gain widespread traction in France, following major mid-century outbreaks that claimed the lives of a number of European princes. Later in the 1700s physician Edward Jenner would discover that cow pox, a strain of disease that had much less of an impact on the human body than smallpox, had an inoculating effect against the latter illness. This was the discovery that would eventually lead to the complete eradication of smallpox, declared by the World Health Organisation in 1980.