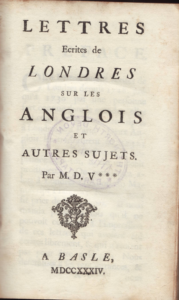 Voltaire’s Lettres sur les Anglais, otherwise known as Lettres philosophiques, is one of the greatest and most influential works of the eighteenth century and beyond, and this is the most complete edition ever undertaken of the work.

In twenty-four short chapters, the work covers a wide range of themes, from religion and politics to literature, philosophy and science, all made easily and humorously accessible with Voltaire’s trademark irony. He uses the example of England to show the interconnection of religious tolerance, political freedom and international trade: in effect, Voltaire wrote a manifesto of modern economic and political liberalism, the kind that remains at the very heart of our modern European liberal democracies to this day.

The book was based on Voltaire’s experience during his stay in London from 1726 to 1728. It was published in 1733 both in England (in an English-language edition) and in France – in France the book was banned, whereas it became a best seller in England.

In London, Voltaire settled at the White Perruke on Maiden Lane (Soho), in a Huguenot area where French was widely spoken, and which extended to Spitalfields. He taught himself English and was a regular visitor at the Drury Lane theatre, where he discovered Shakespeare. He read Gulliver’s Travels in English and attended an early performance of Gay’s Beggar’s Opera.

Voltaire read Addison’s Spectator, a publication whose tone and format was to prove a big influence on his Lettres sur les Anglais. He met Pope, Gay and Swift and also grew interested in English philosophy and science, learning about Locke and Newton. He dreamed of re-inventing himself as an English writer, writing to one correspondent: ‘I think and write like a free Englishman’.

Voltaire, still in his early thirties, originally came to London to publish his epic poem La Henriade, which deals with the French civil wars and glorifies king Henry IV. The work, which makes a strong plea for religious tolerance, could not be published in France at the time. So, in March 1728, La Henriade was published in London, a handsome quarto edition priced at three guineas, beautifully printed, with fine copperplate engravings. The text is in French, but the dedication, in large capitals, is in English: ‘To the Queen’.

This was a luxurious edition. But how was it paid for?

Voltaire had discovered that in England poets like Pope raised subscriptions for their works in advance of publication – a practice unfamiliar in France. So he immediately adopted this new fundraising technique. He asked his friends to help him drum up potential donors, and in due course La Henriade appeared with a long and impressive list of subscribers printed at the beginning of the book.

This list of subscribers is a roll-call of the leading families of the kingdom, both Whig and Tory: the prime minister Sir Robert Walpole is there, and so is his political opponent Viscount Bolingbroke – who subscribed for twenty copies. Voltaire not only had a shrewd head for business: he and his friends had unrivalled social networking skills. And the result was a handsome publication.

An intellectual coming of age

In a letter to his friend Nicolas-Claude Thiriot, Voltaire wrote that England was a country where he could ‘learn to think’. It was the place that gave him the freedom to publish La Henriade, as well as the land that inspired the Lettres sur les Anglais, the book that taught the whole of Europe how to think. The work was hugely influential, and it has shaped a way of understanding the world that remains vital today.

After Voltaire’s death, Condorcet wrote of the Lettres sur les Anglais: ‘Cet ouvrage fut parmi nous l’époque d’une révolution’. The ambition of our new edition is to explain the nature of that revolution. 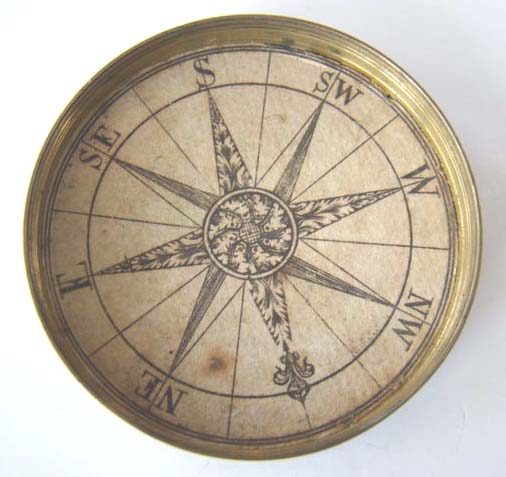 Voltaire’s Lettres sur les Anglais is a primer to the French Enlightenment. 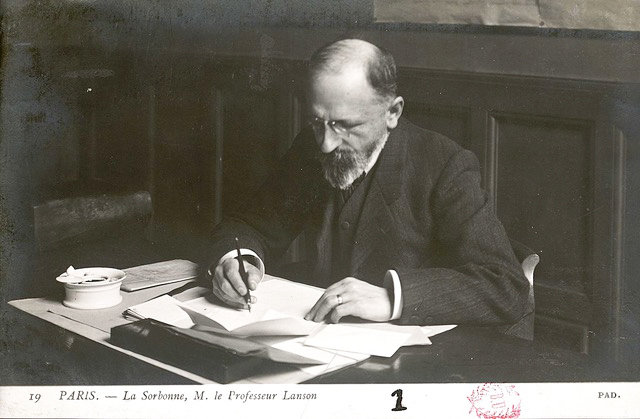 How to re-edit a famous, much edited text? That problem is especially stark in the case of the Lettres philosophiques. 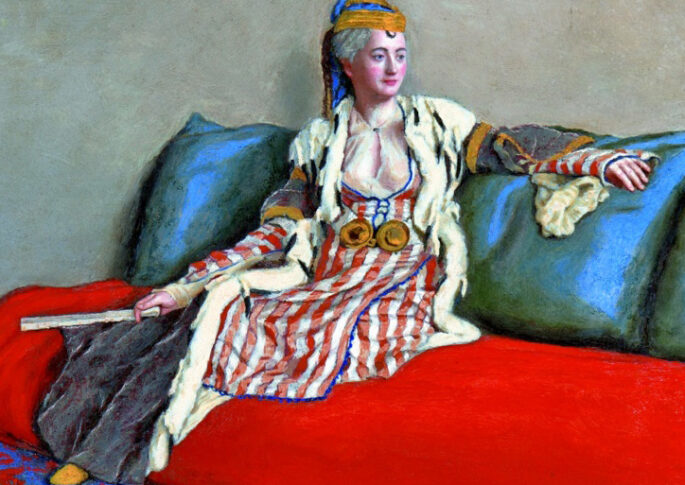 Voltaire’s Letters on the English and the story of smallpox

Voltaire explained inoculation to the French and argued for its adoption following success in England.