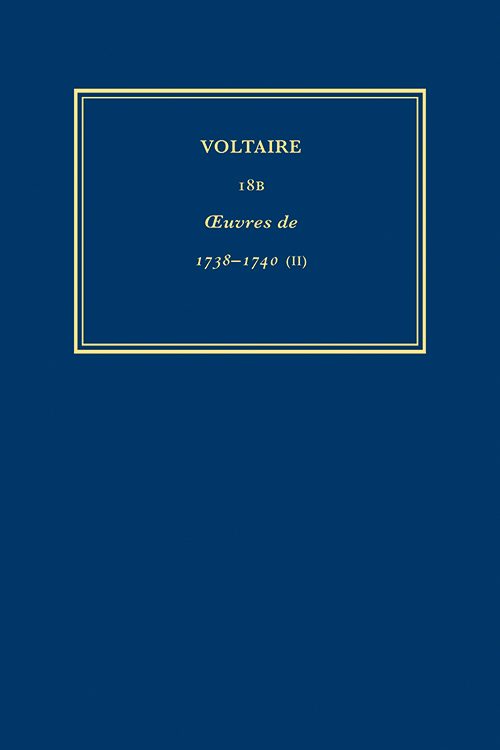 The comedy L’Envieux is a thinly veiled allegory of the Cirey household and of Desfontaines’s underhand manoeuvres against it. With the publication of Desfontaines’s Voltairomanie in December 1738, Voltaire had to abandon the idea of having the play performed. Instead he set to work on a tragedy, Zulime, the story of a princess in love with a slave who is already married. Even though the play was not the hoped-for success that would silence his detractors, Voltaire continued to revise it and to have it privately performed for many years. Meanwhile the printer Ledet was publishing an edition of Voltaire’s works, surreptitiously including the banned Lettres philosophiques. Voltaire’s Mémoire on the edition serves the double function of pointing out all that is new as well as the printer’s many errors. The Epître à un ministre d’Etat is another text that underwent significant revisions over the years. Originally addressed to Maurepas – perhaps in gratitude for his help in the Desfontaines affair – the epistle seems also to have been intended for Frederick. As Voltaire’s relationship with both men deteriorated, so the poem was transformed from a tribute to patronage to a lament on the plight of the arts.

Musicologists specializing in the French Baroque owe a debt of gratitude to the Voltaire Foundation […] Voltaire’s lyric tragedies are dramatically interesting and fun to read […] Readers will appreciate the presentation of these volumes, which are up to the Voltaire Foundation’s high standards. […] As additions to the new critical edition, the volumes reviewed here are valuable research tools, compiled with care and clear in what they set out to accomplish. They are outstanding contributions to our research, and our debt of gratitude can only grow accordingly.