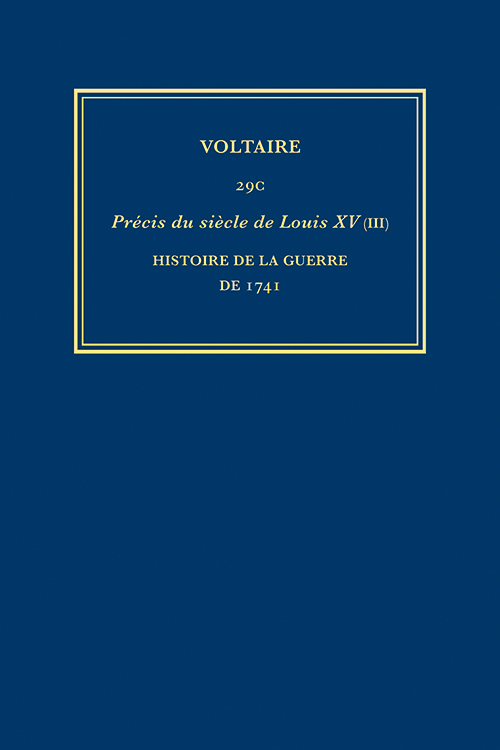 The Précis du siècle de Louis XV is Voltaire’s vivid and engaging account of his own era. This third and final volume contains the full text of the Histoire de la guerre de 1741, a detailed account of the war of Austrian succession from the French perspective and written by Voltaire in his capacity of royal historiographer. The work was later partially subsumed into the Précis itself, and has rarely been edited as a separate text until now. Editorial notes help to place this work in the context of the later Précis and explain how Voltaire refined his text and altered his perspective. It provides an invaluable insight into the evolution of the text into its final form, and sheds light on Voltaire’s working methods and creative process.

This edition should make it possible to study these works in new ways and will substantially expand our understanding of Voltaire’s work as an historian. Bravo!