From battered wife to major writer: Madame de Graffigny and her tell-all Correspondance 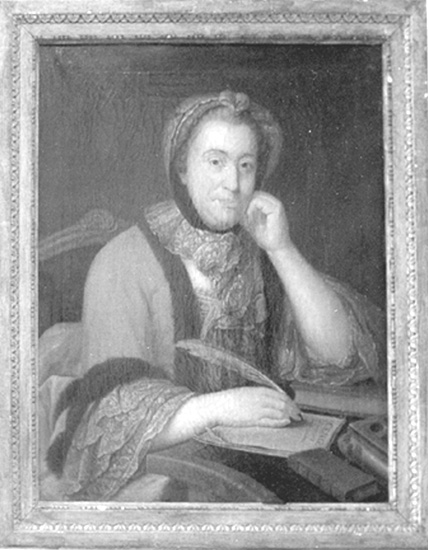 For International Women’s Day on 8 March we want to celebrate Madame de Graffigny, an exceptional eighteenth-century woman who overcame many obstacles to become the most famous woman writer of her day. Over the last few decades the life story and literary brilliance of Françoise d’Happoncourt de Graffigny (1695-1758) have awakened new interest, owing to the growing appreciation of literature by women, new editions of her novel, Lettres d’une Péruvienne (1747), and the publication by the Voltaire Foundation of her remarkable Correspondance, now nearing completion and described by one reviewer as ‘the crown jewel’ of her œuvre. Although largely forgotten for more than a century, Mme de Graffigny was famous in her day across Europe for writing not only a best-selling novel, but also a hit play, Cénie, produced by the Comédie-Française in 1750. The Péruvienne continued to be popular into the nineteenth century, but after that only her name was known because some of her early letters had been used in the intriguingly entitled collection of letters, La Vie privée de Voltaire et de Mme Du Châtelet (Paris, 1820). 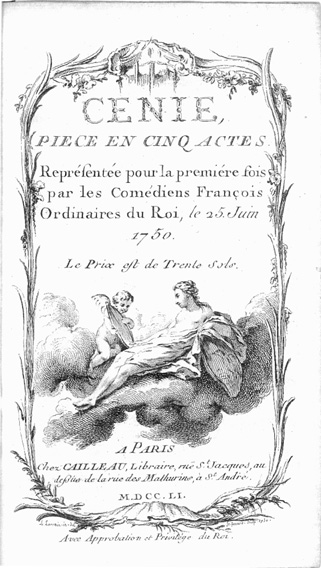 A military officer’s daughter and member of the ‘petite noblesse’, a battered wife and then a captivating widow, Mme de Graffigny was in her early years a familiar at the court of Lorraine, a much relaxed version of Versailles. She knew Voltaire from his trip to Lunéville in 1735, and it was, indeed, he and Mme Du Châtelet who launched her on the road to Paris and fame by an invitation to Cirey in 1738. Mme de Graffigny sent back magnificent, long descriptions of her surroundings and experience to her friend Devaux – until Mme Du Châtelet, who opened the incoming mail, discovered a reference to La Pucelle, and there was an uproar. The episode reveals a great deal about the literary politics of the period, and the consequences for Mme de Graffigny make a striking case study of the social tensions in pre-Revolutionary French society. 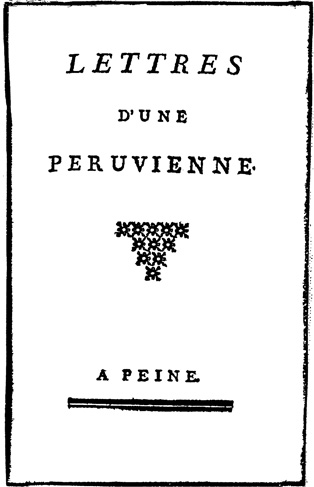 Serving as a ‘dame de compagnie’ to the duchesse de Richelieu after her arrival in Paris, Mme de Graffigny broadened the range of her acquaintances and friends among the nobility, the actors and the literati of the day, and even after Mme de Richelieu’s death two years later, she continued to meet a whole cast of famous characters: Buffon, the comte de Caylus, the future duc de Choiseul, the great Clairon, the prince de Clermont, Claude and Prosper Crébillon, Duclos, Fontenelle, Mme Geoffrin, Helvétius, La Popelinière, Marivaux, Maupertuis, Montesquieu, Pâris-Montmartel, Piron, Prévost, Jeanne Quinault and her family of actors, Réaumur, and eventually the abbé de Bernis, Malesherbes, Palissot, Jean-Jacques Rousseau and Turgot. Graffigny would rely heavily on some of them when she herself began to write – to make money, as she freely admitted, the salvage operation from her disastrous marriage and widowhood being scarcely adequate to sustain respectable appearances. Her two literary successes provided a small improvement in her finances, but also celebrity which she continued to enjoy, using the influence she had to foster the advancement of friends and her relatively small circle of Lorraine cousins. The 15th and final volume of letters published in the Voltaire Foundation’s edition, La Correspondance de Mme de Graffigny, containing letters of 1756 to the moment of her death in December 1758, plus the correspondence relating to the settlement of her estate, will be published by the end of this year, a remarkable tribute to a phenomenal eighteenth-century woman. The story of why and how those letters survived until their rediscovery in 1965 is almost as phenomenal – but that’s the subject of another blog! – M.F. PS To mark International Women’s Day The Voltaire Foundation has developed a dedicated webpage, highlighting their key works on women’s studies and gender studies, and the issues facing eighteenth-century women, many of which mirror those faced by women today. Key featured books are on the themes of abused women; women growing old and cast aside; but also strong women who changed society in their own ways, including Mme de Graffigny. To find out more about Mme de Graffigny’s extraordinary life: Françoise de Graffigny, her life and works by English Showalter.