The eighteenth-century philosopher wielded his powers of ridicule and witticism against religious fanatics – but always championed free speech and religious toleration. He was also a historian, scientist, poet, playwright, and political activist. Nicholas Cronk, General Editor of the Complete Works of Voltaire, gives a detailed look at the polymathic philosophe.

He was born Francois-Marie Arouet in 1694, but assumed the title ‘Voltaire’ some twenty years later. Who was Voltaire? 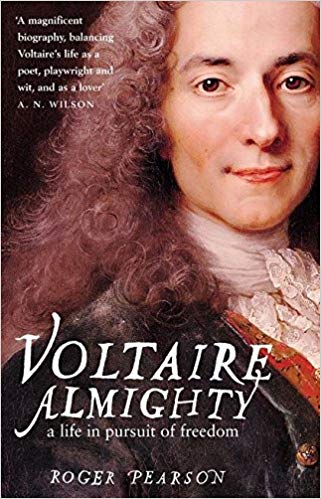 Voltaire is the most famous of the Enlightenment thinkers. Not necessarily the most radical or the most extreme philosophe, but certainly the one with the highest profile. In French, we speak of the seventeenth century as the ‘Century of Louis XIV’ (an expression that Voltaire himself put into circulation). But we refer to the eighteenth century as the ‘Century of Voltaire’. He’s remembered nowadays as the author of the short comic novel Candide, but he wrote a vast amount over a very long lifetime. He was born in the last days of the seventeenth century and died at the age of 84, just a decade before the beginning of the French Revolution.

His first play is accepted by the Comédie-Française at the age of 24—so he becomes an instant star. And what is this first play? It’s about Oedipus killing his father. Now, Voltaire never really liked his own father, François Arouet—he was a lawyer at court. When this play is published, it’s the first time the name ‘Voltaire’ is printed on a title page. So, his first big literary triumph is when he abandons his father’s name and invents a new name for himself. You don’t have to be a Freudian to think there’s something going on there.

There are various theories about the name Voltaire chose for himself. The most obvious is that it is an anagram of ‘Arouet le jeune’ (‘Arouet the Younger’). It works like this: AROUET L(e) J(eune). You have to remember that in the 18th-century French alphabet, as in Latin, ‘I’ and ‘J’ along with ‘U’ and ‘V’ were interchangeable. So, replacing those letters, you get ‘AROVET L I’, or VOLTAIRE.

Now, this is plausible. Other theories say the name evokes a property his parents owned. Personally, I think the name ‘Voltaire’ is hugely evocative: voler means to fly, and volter means to leap about, making him sound like some character out of commedia dell’arte, leaping around the stage. 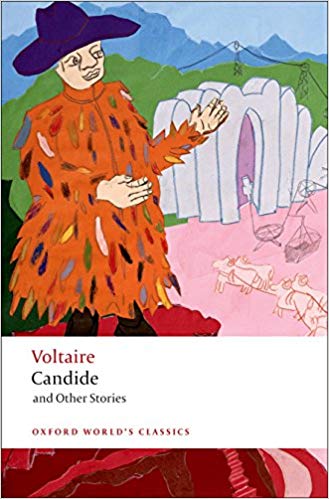 So, when we talk about ‘Voltaire’, we take for granted a name he invented. You might say it is one of his earliest and most successful fictions. And we are all complicit in his invention. It’s an odd fact, but it seems impossible to imagine writing a book about ‘François-Marie Arouet’. In time, ‘Voltaire’ becomes pretty much a brand name. He’s famous already when he’s quite young, but after the 1760s, he’s more than famous; he’s a superstar. For the last two decades of his life, he’s a huge European celebrity. He’s arguably the first.

I say ‘arguably’ because Rousseau could be a contender. Voltaire and Rousseau are the first real European literary celebrities. They are celebrities in the sense that they sell; their names sell books. Voltaire is a true celebrity in the sense that everyone has heard of him, even if they haven’t read him. That two-syllable name became very powerful. If he had stayed ‘Arouet’, it wouldn’t have had the same punch to it.

You are General Editor of the Complete Works of Voltaire, which spans some 200 volumes. From epic poetry to historical treatises and philosophical tales, the breadth of Voltaire’s literary output is astonishing. Can you give a sense of how widely he wrote?

Continue reading the original post and see all five of Nicholas Cronk’s recommendations at Five Books: the best books on everything.