Besterman lecture 2014: The German Enlightenment and its interpretation

The Besterman Centre for the Enlightenment and the TORCH Enlightenment Programme invite you to the 2014 Besterman Lecture: ‘ “True Enlightenment can be both achieved and beneficial” – The German Enlightenment and its interpretation’ by Joachim Whaley, Professor of German History and Thought, Cambridge, on Thursday 20 November 2014, at 5:15 pm, in Room 2, Taylor Institution, Oxford. All welcome. A podcast of the lecture is now available. There is a long-standing scholarly tradition that affirms the existence of a distinctive German Enlightenment or Aufklärung but which denies that it had any long-term impact on German history. In the nineteenth and first half of the twentieth centuries deep-rooted narratives of German history emphasised the special destiny of a country which turned away from the sterile rationalism of western (essentially French) Enlightenment. Romanticism and Idealism were said to have transcended the Enlightenment and to have represented a uniquely German way of understanding the world. 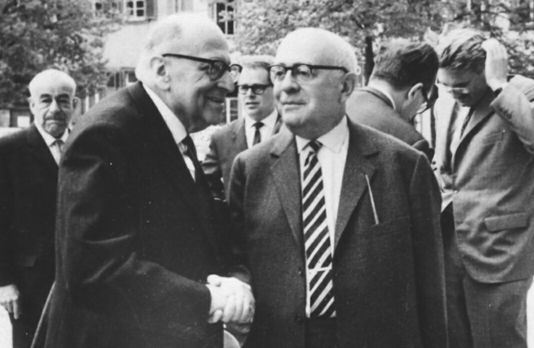 Theodor Adorno and Max Horkheimer went so far as to suggest that the Enlightenment was effectively responsible for the Third Reich and the Holocaust. Photograph taken in April 1964 by Jeremy J. Shapiro at the Max Weber-Soziologentag. Horkheimer is front left, Adorno front right, and Habermas is in the background, right, running his hand through his hair. Jjshapiro at en.wikipedia

After 1945 the same narrative gained negative connotations in the context of the view that German history followed a ‘special path’ (Sonderweg), which sought to explain the long-term origins of the Third Reich and the Holocaust. Indeed, Theodor Adorno and Max Horkheimer went so far as to suggest that the Enlightenment was effectively responsible for those later developments. That was an extreme view which many rejected. Yet the scholarly consensus in Germany nonetheless consistently underplayed the role of the Aufklärung. Germany, it was held, turned away from the Enlightenment in the 1790s; the movement was too weak to prevail over the critical assault of its enemies, who set Germany on a course that led inexorably to the disasters of the 1930s and 1940s. Jonathan Israel’s more recent narrative of the Enlightenment in many ways complements this view. His focus on the Radical Enlightenment as the true Enlightenment (which, however, developed moderate and critical or antagonistic variants throughout Europe) leads him to dismiss most Aufklärung thinking as moderate and therefore incapable of effecting true modernisation in the form of the core values that he defines for Western society. He underlines again the force of antagonistic and critical views in the last years of the eighteenth century. These approaches do not do justice to the distinctive character of the Aufklärung, or to its impact and legacy. The main reason for this is that they do not pay attention to the framework within which it developed. Ever since the early nineteenth century historians have by and large held negative views of the Holy Roman Empire: an allegedly sclerotic and doomed system that could not possibly have been associated with progressive Enlightenment ideas. Yet in fact the Holy Roman Empire not only formed the institutional and state framework within which the Aufklärung developed; its institutions were themselves transformed by the new way of thinking. 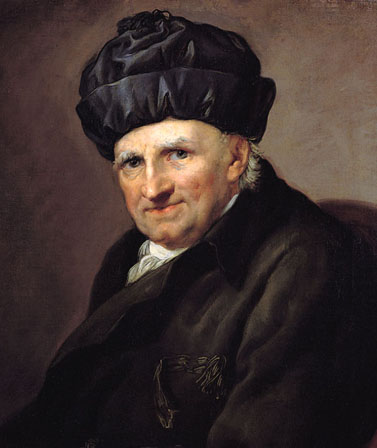 The German Enlightenment mainstream was not defined by radicalism, by the followers of Spinoza, whom Israel puts at the heart of his narrative, but by reformism. The central text of the movement there was Johann Joachim Spalding’s Über die Bestimmung des Menschen (Reflections on the destiny of man). First published in 1748 as a twenty-six page pamphlet, it went through over forty editions before Spalding’s death in 1804, ending up as a book of 244 pages. It was perhaps the title as much as the content which accounted for the work’s impact. For the idea that man might have a vocation, a destiny or a ‘determination’ chimed perfectly with the mood of the mature German Aufklärung. Indeed the phrase ‘die Bestimmung des Menschen’ itself rapidly became one of the fundamental ideas of the Aufklärung, both a declaration and a programme in its own right. It is only if one explores the implications of this programme that one can fully understand the German Enlightenment in its distinctive context of the eighteenth-century Holy Roman Empire: a quasi-federal polity with central and regional institutions, a polity in which the actual business of government was devolved to the territories and cities. Furthermore, the reform movements associated with the Aufklärung at all levels – empire, regional structures, and territories and cities – had effects that shaped German history into the twentieth century and arguably even into the twenty-first century. Exploring these ramifications of Enlightenment in Germany is to uncover a hidden history. ‘Enlightenment can be both achieved and beneficial’, proclaimed the Brockhaus encyclopaedia in 1864. Despite everything that later happened in Germany, the conviction that Aufklärung might still be possible continued to inspire significant numbers of Germans, as it still does today. – Joachim Whaley Find out more about 6000 years of German history in the series ‘Germany: memories of a nation’, presented by Neil MacGregor, Director of the British Museum.