David Bien: the ancien régime in a new light 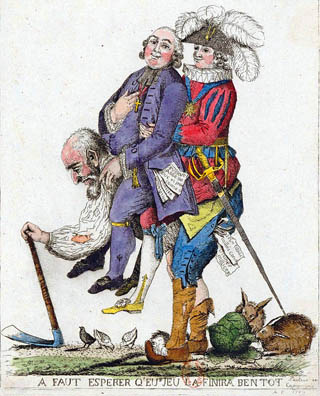 Satirical print from 1789 depicting the Third Estate carrying the clergy and nobility on its back. The div reads: ‘A faut esperer qu’eus jeu la finira bentot’ – ‘Here’s hoping this game’s over soon’.
(Bibliothèque nationale de France)

Say the words ‘ancien régime’ and what might spring to mind is an image of Marie Antoinette nibbling on rosewater macaroons and declaring ‘let them eat cake’ while the starving poor of France sharpen their pitchforks at the gates of Versailles. In our cultural psyche, France’s ancien régime is the age of the Three Estates: the nobility, the clergy, and everyone else. It is the age when wigs, powder and mouches covered up baldness and smallpox scars, when the sprightly minuets of Louis XVI’s court attempted to drown out the cries of the hordes – and when an outward semblance of elegant refinement masked corruption, cruelty and inequality. It is a period which David Bien, Professor of History at the University of Michigan from 1967-1996, made his own. A quiet radical, he devoted his scholarly career to unravelling its paradoxes and nuances, constructing a multi-faceted portrait of a historical period far more complex than this collection of cultural clichés might lead us to suppose. 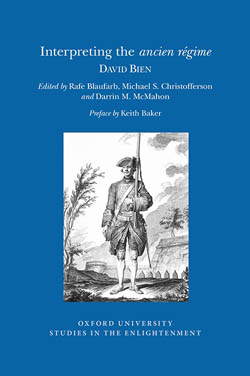 Interpreting the ‘ancien régime’: David Bien brings together for the first time in one accessible volume his essays on religious tolerance, policies of ennoblement, and military reform. It offers access to his cogent and sensitive analyses, but also represents an opportunity to re-evaluate questions about the ways in which we read, write and think about history. David Bien relished the opportunity to let the past speak for itself. His highly original readings of events were hewn from hours of research in the archives. He heard in the rustle of parchment the whisper of the past, and found innovation where one would least expect it, in centuries-old documents. In 1960, his daring new reading of the notorious Calas affair brought him firmly onto the historical scene. In 1761, the scandalous death of Marc-Antoine and the condemnation and torture of his father, Protestant Jean Calas, accused of murdering his son because he intended to convert to Catholicism, appeared to pit the religious establishment in the form of the judges of Toulouse’s Capitoul against Enlightenment thinkers promoting tolerance and religious freedom. 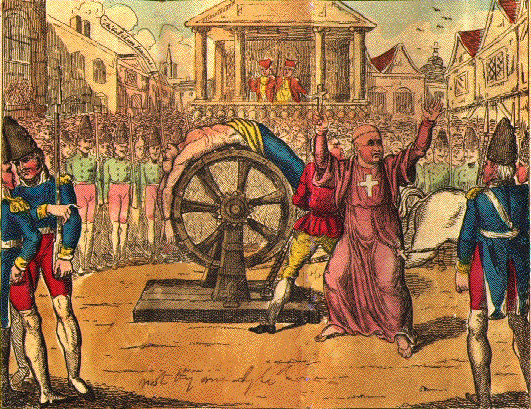 The frontispiece of a late 18th or early 19th century English chapbook, depicting ‘The cruel death of Calas, who was broke on the wheel at Toulouse, March 9th, 1762’

David Bien’s reading ran counter to the accepted narrative, which was largely based on Voltaire’s presentation of the case in his Traité sur la tolérance. Rather than viewing ideas as absolute schools, Bien placed them back into their specific historical context in order to re-evaluate this version of events. He demonstrated that the events in Toulouse were the exception rather than the rule, using judicial records to suggest that many Catholic French judges of the time were actually embracing the ideal of religious tolerance, often presented as the sole preserve of Enlightenment thinkers, in their attitude towards Protestants. Bien invites us to reconsider the writings of thinkers like Voltaire on the Calas affair as carefully crafted pieces of polemic which are indissociable from a wider intellectual project of secularization. 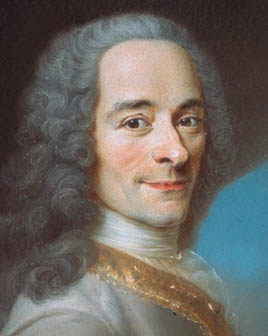 David Bien’s early work on tolerance in the eighteenth century is perhaps a hallmark of his attitude as a historian. Open-minded and sensitive to the inconsistencies of the past, David Bien refused to be drawn into the polemical clash of theories and schools which wracked the French establishment in the 1970s and 1980s, as Marxist historians grappled with the new revisionist school spearheaded by Bien’s close friend, François Furet. For Bien, scholarly nuance and intellectual rigour came before adherence to a particular school. When he retired from teaching in 1996, David Bien therefore left behind not a theory but an ethos, which proved inspirational to the next generation of US academics. David Bien’s approach reminds us that, while it may all be in the past, history refuses to play dead. – Madeleine Chalmers Bibliography: Interpreting the ancién régime. David Bien. Edited by Rafe Blaufarb, Michael S. Christofferson and Darrin M. McMahon Preface by Keith Baker Oxford University Studies in the Enlightenment, September 2014 ISBN 9780729411448, 320 pages