The Palace of Versailles is mounting a magnificent exhibition entitled ‘Le Roi est mort’ to mark the tercentenary of the death of Louis XIV. The exhibits, artefacts, texts, and background music document the king’s last days, how his body was treated after his death on 1 September 1715, and the rituals of mourning imposed during the long period which followed until his funeral in St Denis on 23 October. 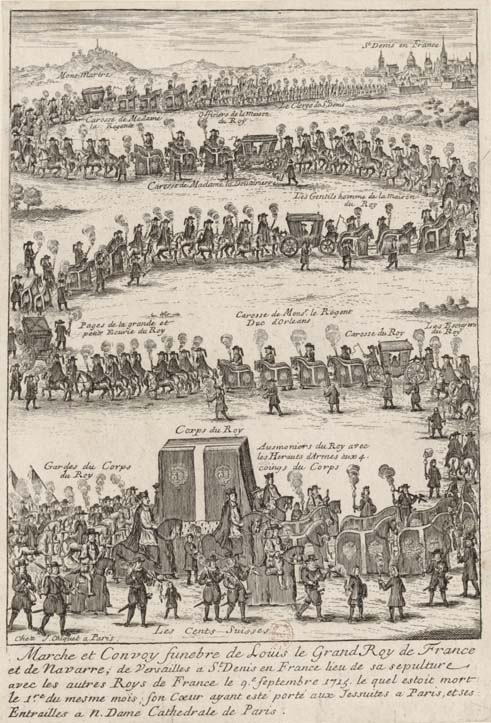 If you want to know how French kings were embalmed, how their bodies were divided up between different final repositories, and how mourning dress differed between ‘grand’, ‘demi’ and petit’ categories, this is the place to go. There are excellent descriptions too of the great funeral procession from Versailles to St Denis on 9 September, which had 2,500 designated mourners, led by 400 paupers in black cloaks and hoods, carrying torches, and marching through the night. The high point of the exhibition, however, comes in its first room. It is a reconstruction of the chapelle ardente created within St Denis to house the king’s coffin, which temporarily turned a Gothic interior into a wholly baroque setting, with skeletons and weepers around a high catafalque under a huge crown. The contrast between that and the tiny stone vault in the crypt where the king’s body was placed after the funeral, on an iron trestle next to that of his father, could scarcely be greater. Only then, however, could the traditional formula – ‘the king is dead; long live the king’ – have meaning and be proclaimed. In its essentials this ritual was common to most monarchies in western Europe; and one of the great strengths of this exhibition, curated with exemplary skill and imagination, is its demonstration of how the ceremony evolved over time, drawing evidence chiefly from France, but occasionally from elsewhere. By 1715, for example, the wax effigies which had generally taken the place of the royal body in funeral processions since 1500 were falling out of use. Louis XIII had condemned the practice as a pagan relic, and in England James I was the last king to have his effigy carried at his funeral in 1625. Waxwork images were made of later English monarchs but chiefly used to show where they were buried in Westminster Abbey (and perhaps what they had looked like). 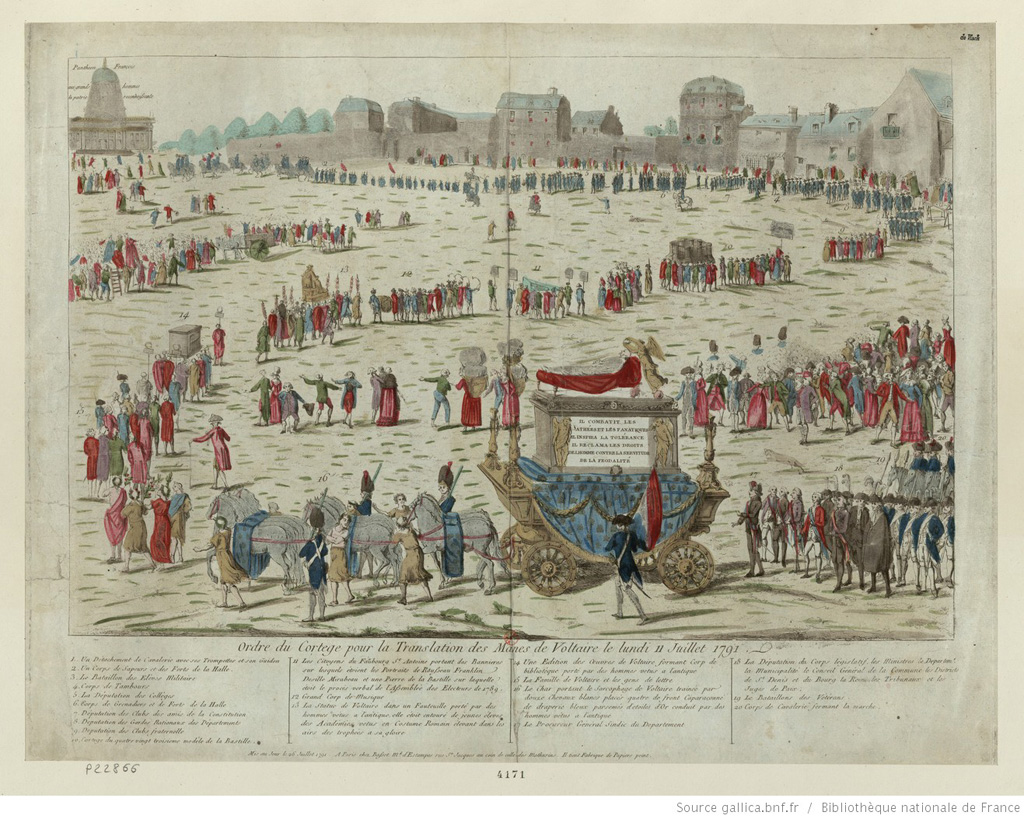 The royal funeral was losing something of its special mystery in other words, and it lost much more after 1715 as it was gradually adapted and redesigned to cover secular state funerals, beginning with Newton’s in 1727 in England, and in France with the transfer of the remains of Voltaire to the Panthéon in 1791 (the exhibition contains a painting of the procession.) The funeral of Louis XIV therefore marked the apogee of the royal funeral. When preaching on that occasion Bishop Massillon, whose sermons Voltaire admired, famously insisted that ‘Dieu seul est grand’, and not the king himself. Whatever one might think of the king, however, his was undoubtedly a great funeral, and this is a great exhibition, wholly worthy of its subject and its setting. It closes on 21 February. – Paul Slack See also: Le Roi est mort.