My name is nobody

Debate on authorship, pseudonymity and anonymity has been rife in the past few days in the wake of the revelation of Italian novelist Elena Ferrante’s true identity. What is surprising, one could argue, is that the best-selling author’s unmasking took so long. How could a hugely popular writer hope to keep her identity secret in a celebrity-obsessed age when anonymous publishing is very much the exception? But it was not always so. The expectations of the reading public were very different in eighteenth-century Europe, a time when most books were published without any mention of their author’s name at all. The cover of anonymity allowed for levels of audacity, risk-taking and mischief that would have been unthinkable otherwise, but it also made possible a fair amount of what we would nowadays call “trolling”. 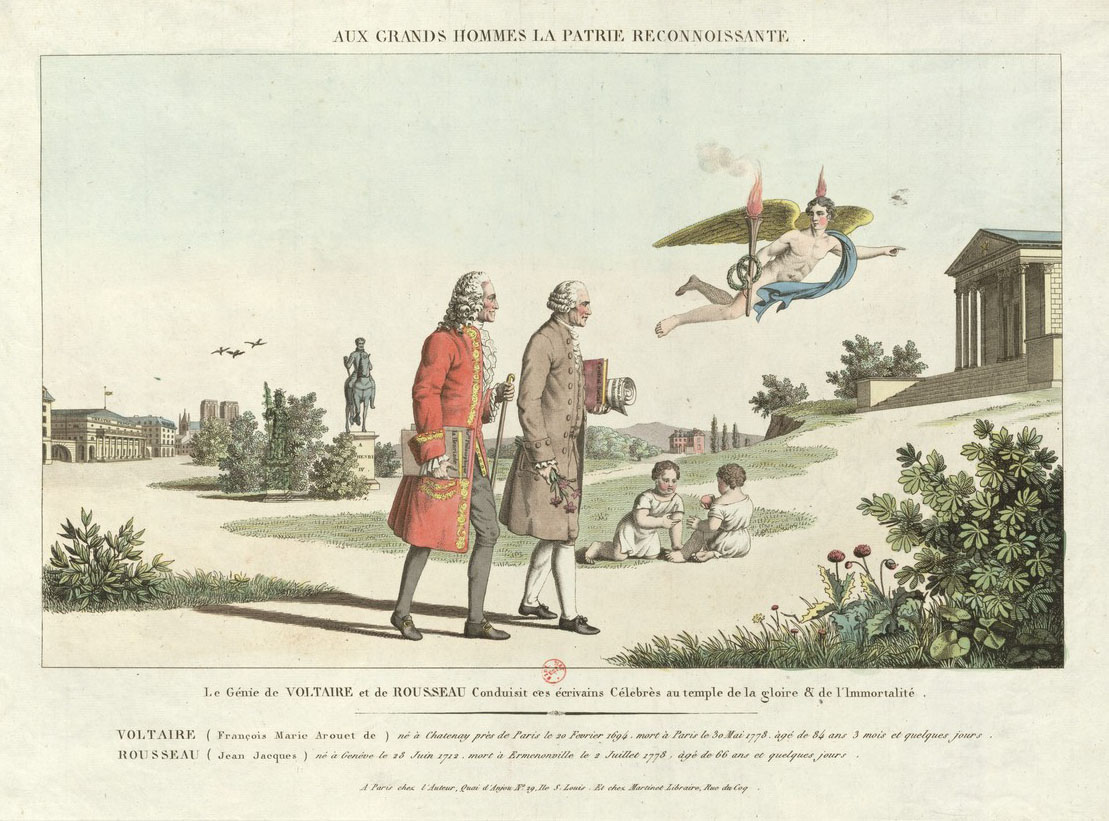 As observed in an earlier post on this blog, Voltaire was not averse to criticising and mocking his enemies under assumed names (in that particular instance playfully borrowing the identity of his devoted secretary, Jean-Louis Wagnière). One would be hard pressed to find the slightest trace of playfulness in the Sentiment des citoyens though.[1] This short pamphlet was published anonymously in December 1764 and its target was none other than Jean-Jacques Rousseau, who had published – very much under his own name – the Lettres écrites de la montagne only a few weeks earlier. In the ‘Lettre cinquième’ of his book, Rousseau had advised Voltaire to put into practice that “spirit of tolerance that he preaches relentlessly” and, crucially, he had outed the philosophe as the author of the fiercely anti-Christian Sermon des cinquante, which had been published anonymously in 1752. Voltaire did not take kindly to what he saw as an unforgivable act of treachery, and retaliated with the scathing Sentiment des citoyens, an excoriating ad hominem attack in which he revealed, among other things, that Rousseau had abandoned his children. This attack ended with what can be construed as an exhortation to the Genevan authorities to eliminate Rousseau physically for sowing the seeds of sedition in the Republic. Just as he always denied being the author of the Sermon des cinquante, Voltaire never admitted to having penned the Sentiment des citoyens, and he was very much amused by Rousseau’s misattribution of the pamphlet to Jacob Vernes, which he did his best to propagate. Central to this episode was of course the deep detestation that the two men had for each other, arising from very different temperaments and worldviews; but, as Jean Sgard explains in his preface to volume 58 of the Complete Works of Voltaire, the fundamentally irreconcilable conceptions of authorship held by the two writers inevitably placed them on a collision course. – Georges Pilard [1] Just published in volume 58 of the Complete Works of Voltaire.