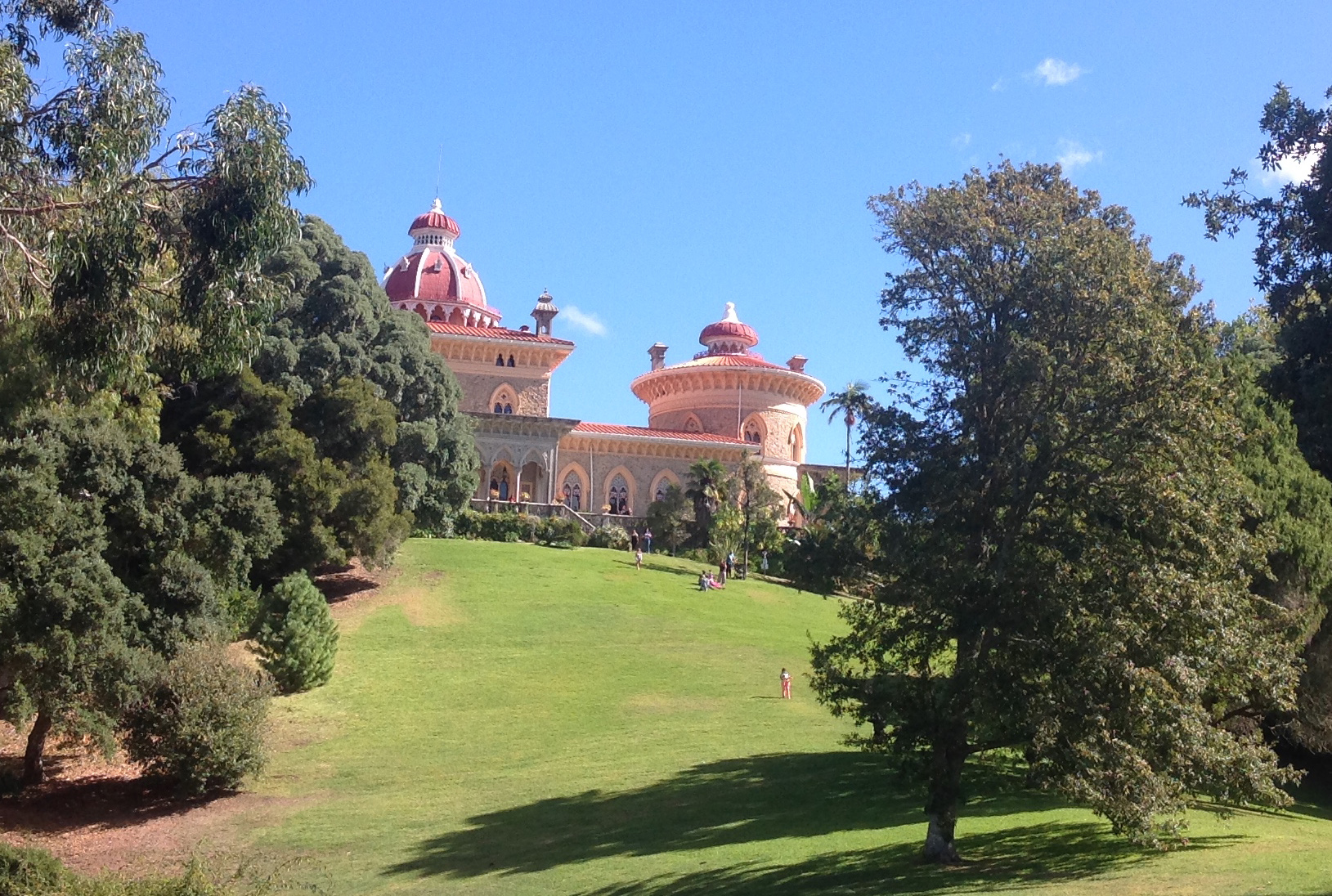 Perched high up on the Portuguese hills of Sintra, Monserrate, with its interlace of Moorish, neo-Gothic and Alhambresque features (Fig. 1 & 2), boasts a residence that has all the trappings of an Oriental palace.[1] In Childe Harold’s Pilgrimage (1812-18), Byron was Monserrate’s most vibrant supporter, remembering the days when it was William Beckford’s hill, both enchanting and luxuriant: ‘And yonder towers the Prince’s palace fair: There thou, too, Vathek! England’s wealthiest son, Once formed thy Paradise, as not aware When wanton wealth her mightiest deeds hath done, Meek Peace voluptuous lures was ever wont to shun.’ (Canto 1, XXII) 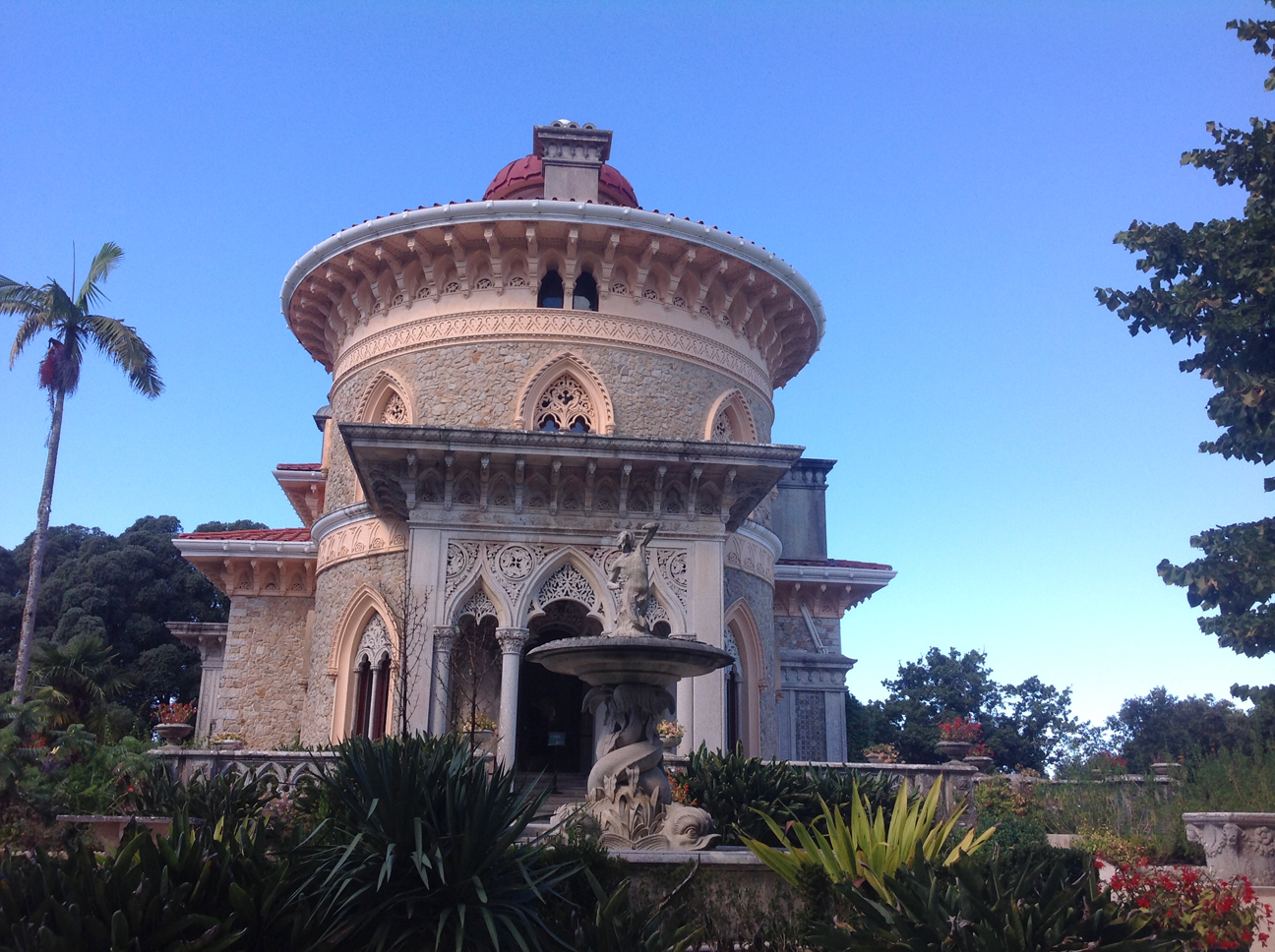 In 1840, Oscar Wilde’s father also thought of Montserrate as ‘the princely mansion of Beckford’, and his evocation was ‘sadly qualified by regret at the utter destruction to which this most lovely of retreats is fast hastening’.[2] In 1880, in her Portugal à vol d’oiseau, Princess Rattazzi saw Monserrate as the ‘living picture’ of the Arabian nights: ‘Tout ce qui peut captiver, séduire, charmer, est réuni dans cet Eden que ne manque de visiter aucun voyageur, curieux de voir l’illustration des contes merveilleux des Mille et une Nuits.’ On the face of it, Monserrate’s Oriental splendour makes it a fitting place for Beckford. However, against all expectations, its Oriental airs owe nothing to him, but to the nineteenth-century owner Francis Cook and his architect, James Thomas Knowles. Beckford did indeed rent out the house between 1795-1798, but at that time it had none of the Oriental features it was given in the 1860s (Fig. 3).[3] 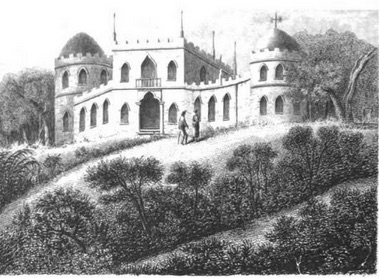 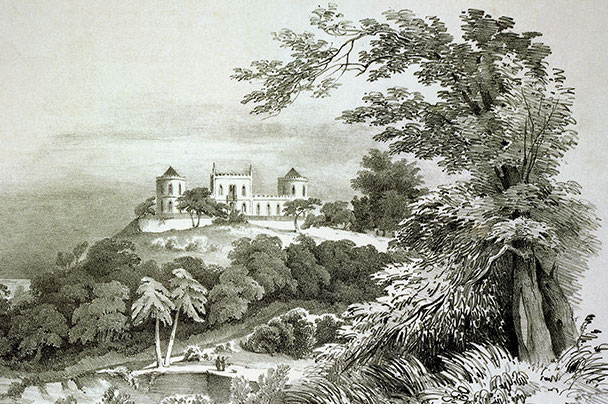 While it is tempting today to see a direct link between Monserrate’s decorative features and the narrative flourishes found in Vathek, the Oriental décor that encased the outside and embellished the inside of the previous eighteenth-century layer is unrelated to Beckford (Fig. 4). 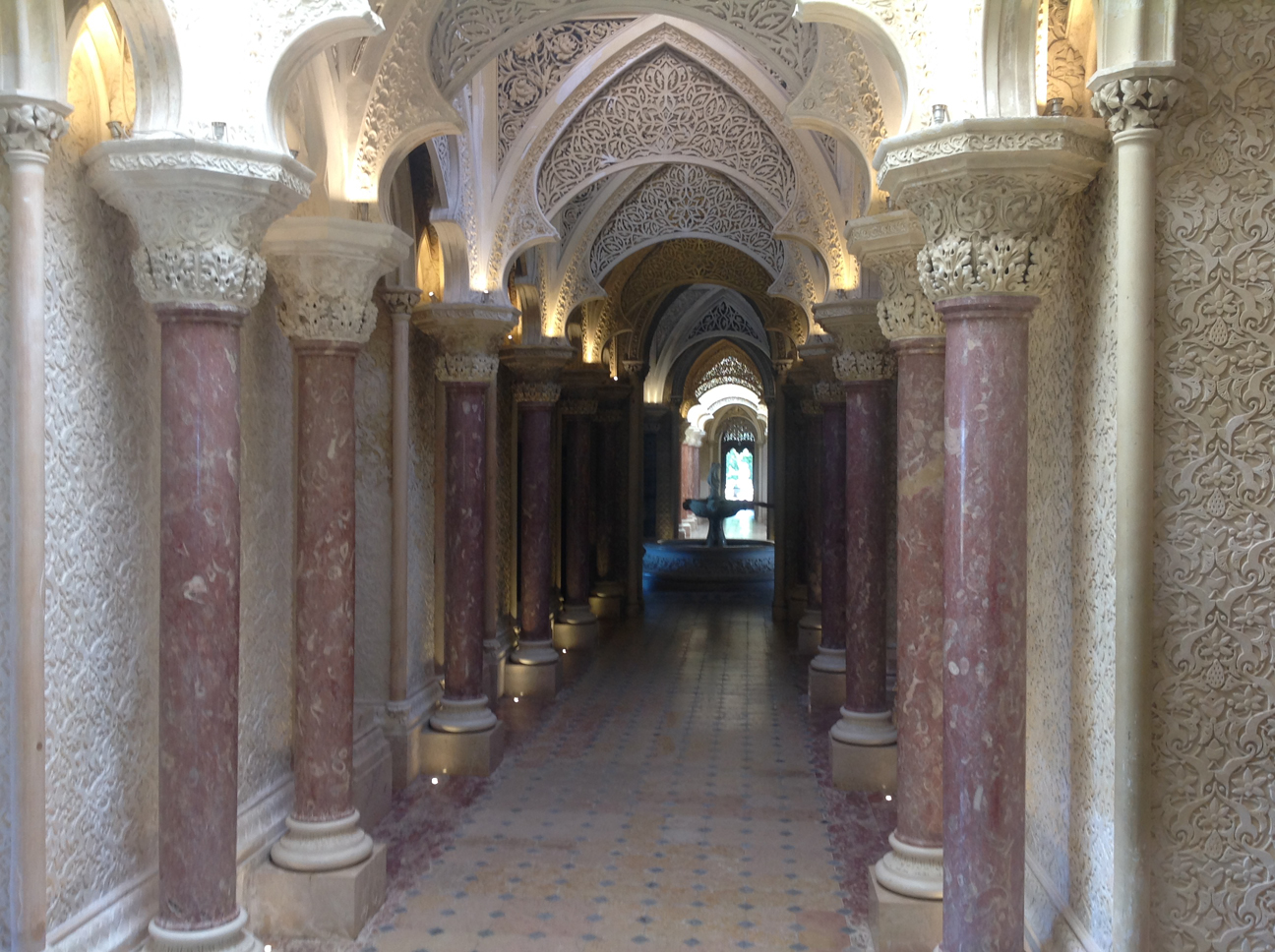 His Orientalism lies elsewhere, and critics need to delve beneath the surface of post-Romantic constructions of Orientalism and consider Enlightenment aesthetics to relocate Beckford’s debt to the East. It is precisely my aim in William Beckford: the elusive Orientalist to revisit late eighteenth-century scholarship in order to ‘relocate’ British traces of Orientalism, and, specifically, Beckford’s. Enlightenment Orientalism is often considered a French prerogative, and quite rightly so, since the French were indeed not only proponents of but decisive actors in shaping Orientalist taste. With his Bibliothèque orientale (1697) of facts and mores, Barthélémy d’Herbelot provided an alternative catechism, enabling a displacement of interest from Western to Eastern religious and political thinking. Through Antoine Galland, one was given access to the many delights of the Arabian nights (1704-17), and a significant new window onto the East. Voltaire was interested in Chinese and Indian culture[4], whilst Montesquieu, Diderot, and the abbé Raynal were important transmitters of Oriental lore. Undeniably French as Orientalism may have been, recent scholarship has also drawn specific attention to the contribution of Britain, with pivotal studies written by Srinivas Aravamudan, Ros Ballaster, Robert Irwin, Saree Makdisi, Felicity Nussbaum, Diego Saglia and Marina Warner. It is my hope that William Beckford: the elusive Orientalist will add a chapter to the British story by drawing attention to the peculiar case of William Beckford. 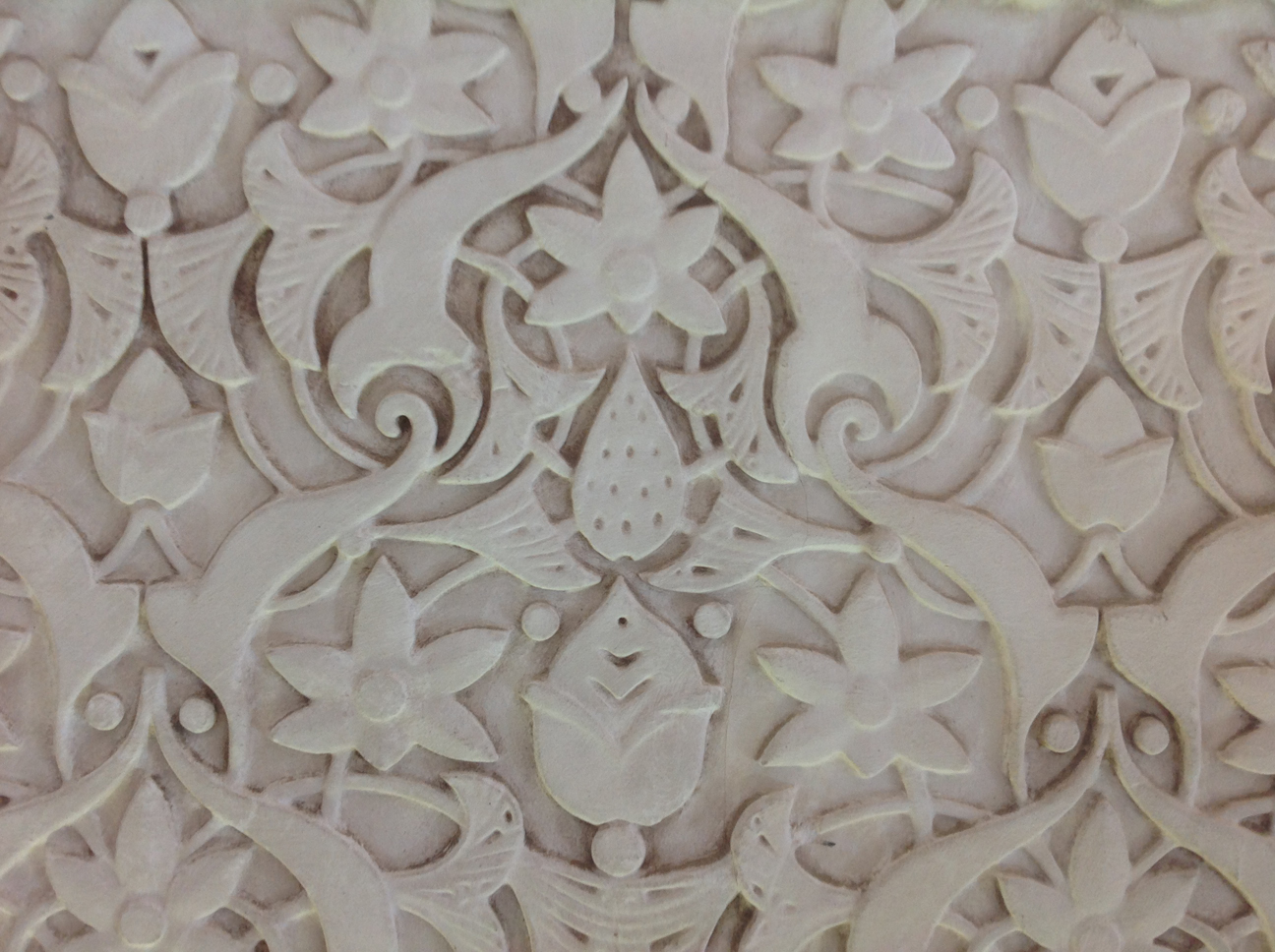 I purposefully use ‘peculiar’ as Orientalism and ‘peculiarity’ are mutually enlightening. Beckford’s ‘peculiarity’ was, for a long time, interpreted as a quirky characteristic in psychological and biographical terms that conveyed notions of distrust or puzzlement. It is my contention that one can reappraise Beckford if one looks at his ‘peculiarity’ in aesthetic terms. Beckford’s creativity was always necessarily derivative and elusive. The frustration felt by most of his contemporaries is that Beckford never painted a clear picture of himself, as if he meant to hide his agency or somehow let it be believed that whatever he did was the result of an invisible agency. The translations from the Arabian nights were a ‘collective’ work, and one may easily imagine him to be the prime mover behind the grand scheme. It was not just his own doing, but was also that of the Turk Zemir, the English Lady Craven, Samuel Henley, and, last but not least, the French Madame de Starck (a.k.a. Melle Falques). The Orientalist artefacts displayed at Fonthill Abbey and Lansdown Tower, co-produced with silversmiths, goldsmiths and his friend Gregorio Franchi, were an aggregate action; not only was it teamwork, but the Oriental piece was grafted onto another item and given a new lease of life by being subtly reprocessed, thus creating an art object (see, for example, the artefacts at Charlecote Park). 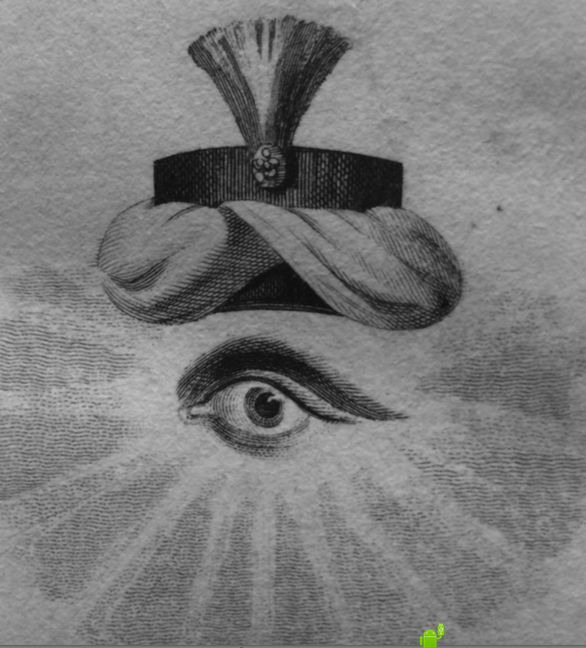 Back to the park and palace of Monserrate. The genius loci of this land of bizarre estrangement and wild luxuriance can lead the visitor astray, operating like a trompe l’œil or mirage of British Orientalist luxury. And yet it can also provide a clue to previous layers, pointing to the undeniably Orientalist, albeit elusive and misunderstood, taste of Beckford. How much of Beckford’s Orientalism Francis Cook meant to revive and restore at Monserrate deserves to be explored further. But it is wonderfully entertaining that, today, Monserrate can be interpreted as a resurgence of British Orientalism, if not a homage to Beckford himself. Monserrate confirms the necessarily allusive and elusive reception of Beckford’s aesthetics – ghostly, spectral but vividly present. – Laurent Châtel [1] Monserrate Park, 1995 World Heritage Site and 2013 European Winner of Garden Award is located about 3.5 km from the Sintra historical center and 25 km west to Lisbon; see https://vimeo.com/79885257 [2] William Wilde, The Narrative of a Voyage to Madeira, Teneriffe, and Along the Shores of the Mediterranean (Dublin, William Curry & Co, 1840), p.74. [3] For Monserrate, see Maria João Neto, The Romantic Country House of an English Family (Casal de Cambra, Ediçao e Artes Graficas, 2015); Malcolm Jack, Sintra – A Glorious Eden (2002); the official website: https://www.parquesdesintra.pt/en/parks-and-monuments/park-and-palace-of-monserrate/ [4] See, for example, his Lettres chinoises, indiennes et tartars in Œuvres complètes de Voltaire, ed. Marie-Hélène Cotoni, Basil Guy et al, vol. 77b (Oxford, 2014)