Sculptors in the Paris Académie’s mould, and how to (mis)understand them

For some decades now an incongruous mix of tourists and Italian schoolchildren have been milling around the once quiet interior of San Luigi dei Francesi in Rome. In the eighteenth century this was the place where a group of young French artists frequently attended mass. An almost imperceptible remnant of this once thriving artistic community survives: on a pillar separating two side chapels is a funerary stele erected in honour of Nicolas Vleughels who, between 1724 and his death in 1737, served a lively term as the king’s appointee to the French royal artists’ residence in Rome, the Académie de France. 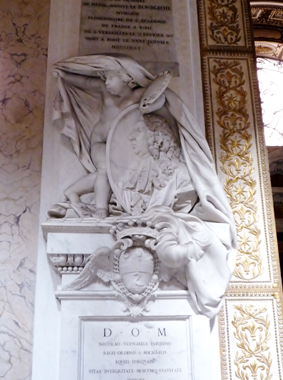 The memorial was funded by Vleughels’s young widow and art dealer, Thérèse Gosset, and its carving fell to Michel-Ange Slodtz who, years before, had arrived as a young man and student at Vleughels’s ‘maison d’étude’. Whilst Slodtz studied with Vleughels and achieved acclaim in Rome, both at the Academy and as an independent master, others, such as François Boucher and Edmé Bouchardon returned to Paris to gain membership of the prestigious Académie royale de peinture et de sculpture while enjoying unparalleled international renown. Nowadays, the remote world of academism and eighteenth-century drawing instruction could appear as a construct of an intolerant era, catering to the representational concerns of Court and the ruling elite by demanding that promising and impressionable young artists bend to the authority of a set of preordained models and rules of art. This is, however, an oversimplified view, and one that I explore in my recently published book, The Profession of sculpture in the Paris Académie. 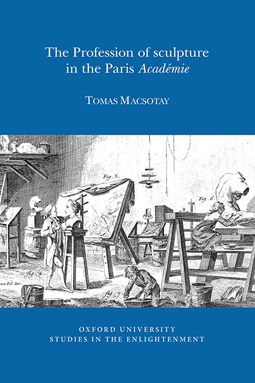 If the statutes of the Academy were unmistakably a microcosm of ancien régime polity, governed by title, hierarchy and order, the Academy’s internal workings, either in Paris or Rome, tell a different story. Members of the Academy re-examined the position of artists inside their own practices, making on-the-spot criticisms of aspiring candidates’ works and projects but looking, much as in contemporary conversation, to strike a balance between an ideal of sound judgement and moments of wit and sociable self-indulgence. As this academic method matured, sculpture grew sensuous and graceful, both vital and conventional without deciding either for originality or against it. Vleughels, above all, was a resourceful man at the dawn of a modern age. He dispatched his best sculptor to carve a portrait bust of the Pope, persuaded his students to stage a Molière play during Carnival and, above all, fired their passion for experimentation with the dramatic and unfamiliar. Vleughels’s belief in discipline, balanced by an eye for things fashionable, clearly inspired their respect and friendship. Half a century on, such cynical liberty irked French revolutionaries. After 1790 public service was to replace the intimate social exercises that constituted, paradoxically, a stage where artists could rehearse the drama of their ‘emancipated’ lives. The image of the self-serving clique, which revealed a reality never far behind collaborative bonhomie, was from then on a perpetual public affront. But this criticism either flagrantly missed the point about the potential vibrancy of the body of artists and art-lovers, or had no use for it. 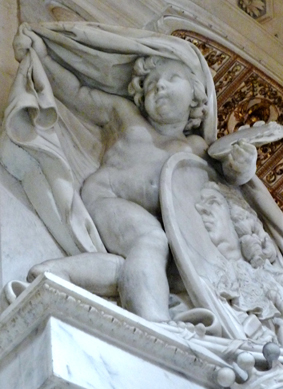 One can imagine how critics of the Academy might have responded to Slodtz’s monument (now sadly eclipsed by the adjacent Caravaggio altarpieces depicting the life of St Matthew) at the San Luigi dei Francesi:  they would have seen an inflated, wig-wearing petit maître. On the other hand, looking more carefully at the stele and the way the conspiratorial infant, outfitted with palette and trampling a bundle of reversed torches in the tradition of Eros Tanathos, sneaks his way around the wan physiognomy of the mentor, the monument seems to act as a metaphor of the energetic community Vleughels created. Slodtz, for his part, went on to produce a series of tomb monuments of unparalleled audacity, owing his promising start in no small measure to Vleughels’s evident flair for teaching. –Tomas Macsotay