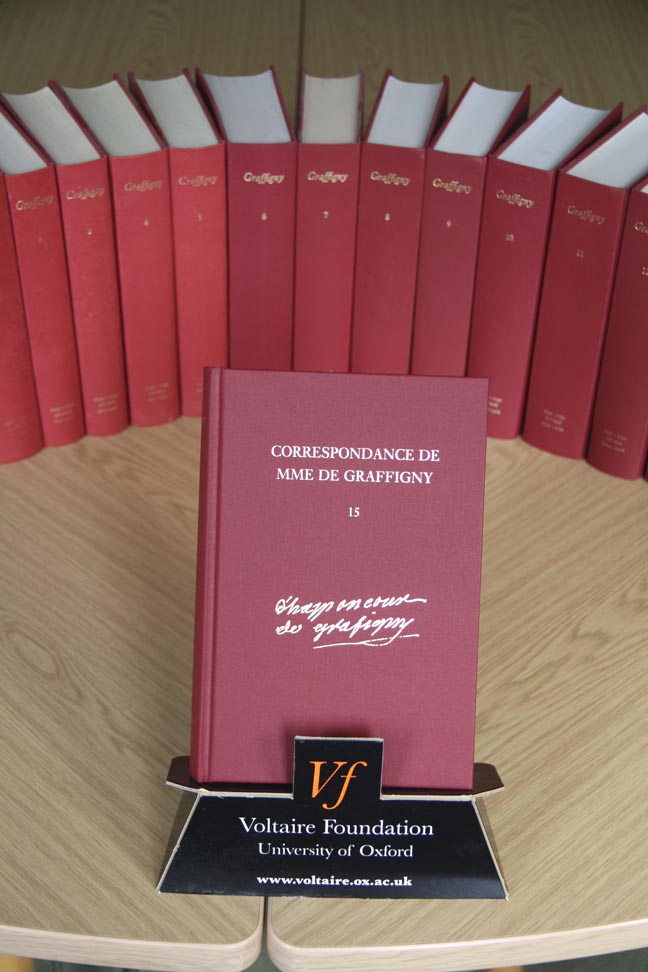 This month we celebrate the publication of the final volume (vol.15) of the Correspondance de Mme de Graffigny alongside the launch of the completed correspondence’s online cumulative index – a live reference tool for all 15 volumes. This new volume brings Mme de Graffigny’s life to a close, and covers both the settlement of her estate and her friends’ early efforts to preserve her fame for posterity. The moment seems fitting to try to evaluate the end of her extraordinary life. Her final year, 1758, was dominated by the failure of her play, La Fille d’Aristide. Many of her contemporaries connected it to her death. Voisenon quipped that ‘the public died of boredom and the author of grief’. Voltaire repeated the idea in a letter two years later. Casanova, who claimed to have attended the disastrous opening, said that she died of chagrin five days afterward. 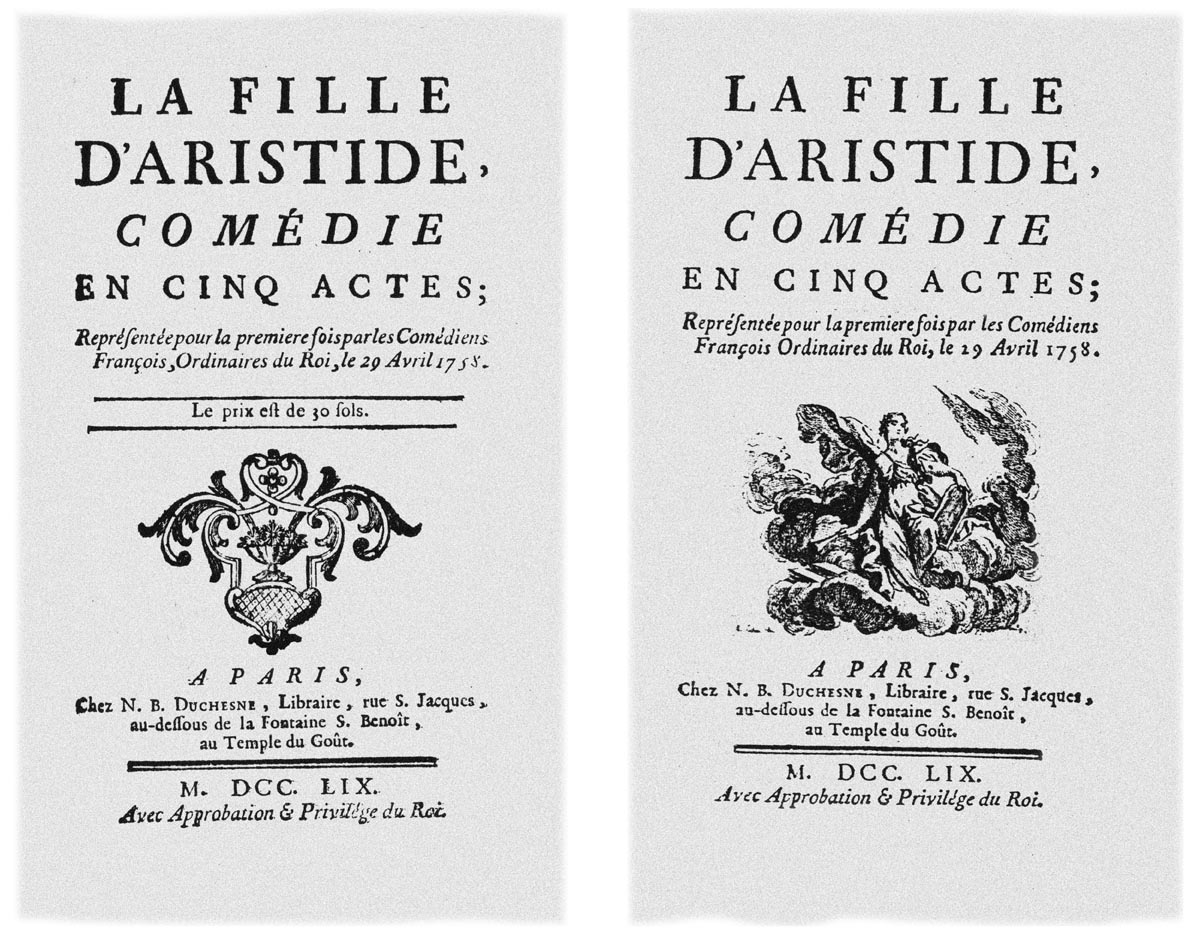 In fact, the play premiered on 29 April 1758 and Mme de Graffigny died seven months later on 12 December. Her letters tell a very different story of her reaction to the play’s poor reception. Her old friend and correspondent François-Antoine Devaux wrote that she accepted the failure ‘as reasonably as could be imagined’. Moreover, letters from other friends and acquaintances in May 1758 all attest to her equanimity. At the same time, she confronted far more serious troubles. The first was the disgrace of her friend, the comte de Maillebois. In 1756 he had arranged a paid position in the archives of the Invalides to be shared by two of Mme de Graffigny’s Lorraine protégés, Nicholas-François Liébault and Devaux. Maillebois was a rising star in the French military at the start of the Seven Years’ War. At the battle of Hastembeck, on 29 July 1757, the French won a victory but let the enemy forces slip away. Maillebois engaged in a public dispute with the commanding general, the maréchal d’Estrées, about responsibility for this mistake, was convicted of insubordination, and exiled in May 1758. In June, Liébault was suspected of leaking military documents while in the post Maillebois had obtained for him. He managed to flee, but his younger brother and assistant Léopold was imprisoned in the Bastille. Léopold was transferred to Vincennes in October, but remained behind bars until spring 1759, when he was exonerated and discharged. Mme de Graffigny did everything she could to help Léopold, recruiting powerful friends to support him, sending him money and supplies, and visiting him herself. In July, Helvétius published his work of materialist philosophy, De l’Esprit. He was not just an old friend but the husband of Mme de Graffigny’s cousin Anne-Catherine de Ligniville. Their long courtship had taken place in Mme de Graffigny’s apartment. He was handsome, charming, immensely wealthy and well connected, a perfect husband. His book, however, though approved by a censor, was immediately attacked by the Church and by the Paris Parlement, which condemned it in 1759. Helvétius had to publish retractions and barely escaped serious penalties. On his behalf, too, Mme de Graffigny attempted to intervene, visiting the Procureur Général of Parlement to plead his case. 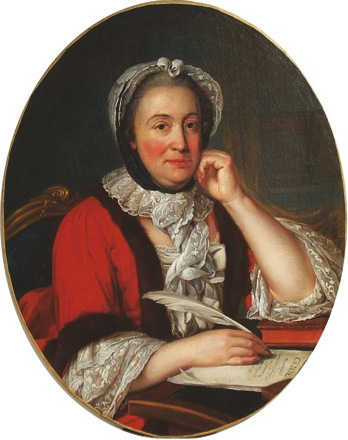 As these disasters unfolded, Mme de Graffigny’s health declined. She had long suffered from poor health and occasional fainting spells, but in May she began to lose consciousness more frequently, sometimes without realizing that anything had happened. She was often fatigued, forced to dictate her letters to conserve strength. From time to time she spat blood. It is impossible to say now exactly what caused her death; some symptoms sound like cardiac events, others like strokes, or epileptic seizures, pulmonary problems, tuberculosis or cancer. Perhaps all were present. Her doctors cannot have helped, with such treatments as bleeding and flogging her legs to raise blisters. The rumour bruited by Casanova, Voisenon and Voltaire made Mme de Graffigny’s death the punchline of a comic plot. She was portrayed as a ‘femme savante’, who had challenged nature by excessive ambition and was brought low by the return of normality. In reality, she led a heroic life. After surviving marriage to a brutal husband, she was forced by political events to leave her native Lorraine. Alone, with little income, she made her way to the pinnacle of Paris literary society. She wrote a novel, Lettres d’une Péruvienne (1747), and a play, Cénie (1750), which were hugely successful. She presided over an informal salon frequented by the most famous figures of the era. At her death she was the most celebrated living woman writer in the world. Moreover, she had the peaceful death of a person who has lived well and feels no regrets. In her last days she was rereading her favourite authors and receiving calls. On the eve of her death, when she was first stricken, she was playing cards with old friends. To the end she followed the example of the poet Maynard, who wrote, ‘I await death without fearing or desiring it’. – English Showalter