Sixty years on: the museum of the Institut et Musée Voltaire

From 1755 to 1760, Voltaire lived at Les Délices in Geneva, where he notably wrote the Poème sur le désastre de Lisbonne, in reaction to the devastating earthquake that struck Lisbon on 1 November 1755, contributed articles to the Encyclopédie, and put the finishing touches to his most famous work, Candide, begun at his winter quarters at Montriond in Lausanne. 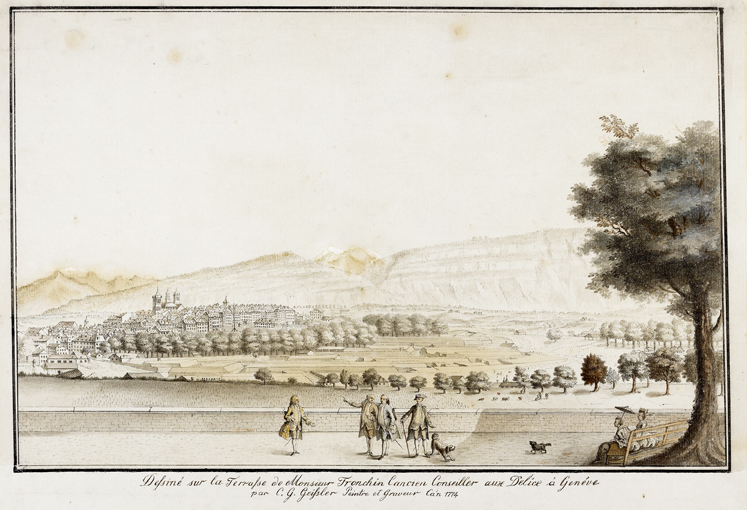 In the two and a half centuries since Voltaire left Les Délices, the land and views recorded by Geissler have been swallowed up by the town and the house has even been threatened with demolition to make way for high-rise buildings. How fortunate for us that, sixty years ago, Theodore Besterman managed to persuade the local authorities to let him set up the Institut et Musée Voltaire! The collection and the library that Besterman started and that his successors have actively developed make this a wholly fascinating place in which to immerse oneself in Voltaire’s world. Here is a quick overview of some of the latest developments in the museum. The portrait gallery, to the right of the entrance hall, has been rehung to give a real sense of Voltaire’s far-flung circle of friends and relations during his time in Geneva. Favourite actors Lekain and Mlle Clairon, in her costume for L’Orphelin de la Chine, still share the space with, among others, Protestant pastor Moultou as a child, in a green brocade gown, a bird perched on his finger. They now also rub shoulders with two of Voltaire’s neighbours, Simon Bertrand and his wife, thanks to the recent Masset bequest, while Marie-Louise Denis, Voltaire’s niece who lived with him at Les Délices, is currently being restored and will soon reclaim her place as mistress of the house. The latest acquisition is a pair of huge portraits of Louis XV et Marie Leczinska, which, along with the portrait of Louis XIV already in the collection, will enable visitors to explore the theme of Voltaire’s always ambiguous relationship with royalty. 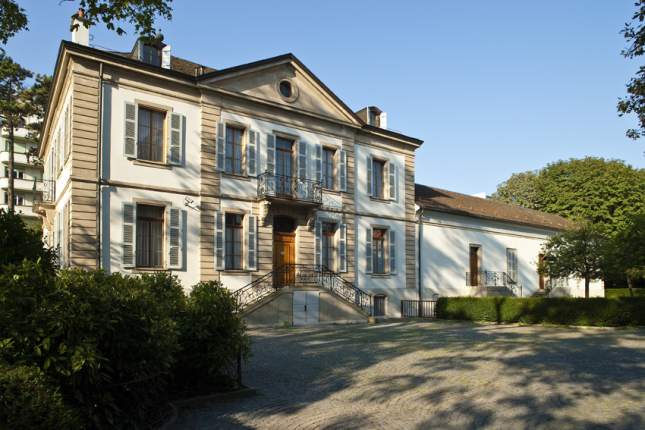 In recent years, Les Délices has welcomed another inhabitant: Rousseau. A portrait by Robert Gardelle that had been lost for so long that some even doubted it had ever existed was rediscovered in the bequest mentioned earlier and now hangs in the small room to the left of the entrance. The library of the Société Jean-Jacques Rousseau is housed upstairs, while Houdon’s monumental terracotta statue of a seated Voltaire smiles on with surprising benevolence. Once you have visited the Institut et Musée Voltaire, the logical next step is to follow Voltaire to the Château de Ferney, just over the border in France (but do check that it is not closed for restoration first). The museum of the Institut et Musée Voltaire is open Monday to Saturday, 2–5pm, or for group visits by appointment in the morning. Entry is free. If you can’t get there in person, we recommend this video and the more up-to-date A short history of Les Délices: from the property of Saint-Jean to the Institut et Musée Voltaire. – Alice