The trouble with money: crashes, recoinage and war in the Enlightenment

The problem of money has never been far from people’s minds. In the Enlightenment the issue took on new importance as a result of a series of famous crises. 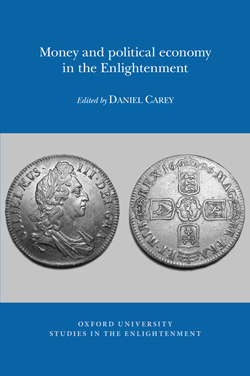 The best known are two runaway moments of financial speculation that ended in disaster, the South Sea Bubble of 1720-21, and the spectacular collapse in 1720 of Mississippi Company stock. An earlier incident, the Recoinage Crisis of 1696-98, had even more impact in terms of the monetary principles formulated as a result of it. Under conditions of a severely deteriorated silver currency (caused by illegal clipping), England was obligated to recoin all of its circulating medium, no easy feat in the midst of the Nine Years’ War with France when England’s armies and allies abroad required a steady diet of remittances. The question was whether to devalue the currency during the recoinage or to maintain the existing standard, with John Locke and Isaac Newton taking opposing positions on the matter. All these episodes invited new reflection on different kinds of credit and financial instruments, the role of banks, and a consideration of how to sustain and expand the money supply. As I and a team of contributors explore in the recently published Money and political economy in the Enlightenment, what makes this period so remarkable is the way it witnesses not only the evolution of a financial system but also the entrance of leading philosophers into the debate over how to understand this new political and economic reality. John Locke, George Berkeley, David Hume and Adam Smith all made major contributions, but they were not alone in taking on the intellectual challenges posed by an era of innovation. 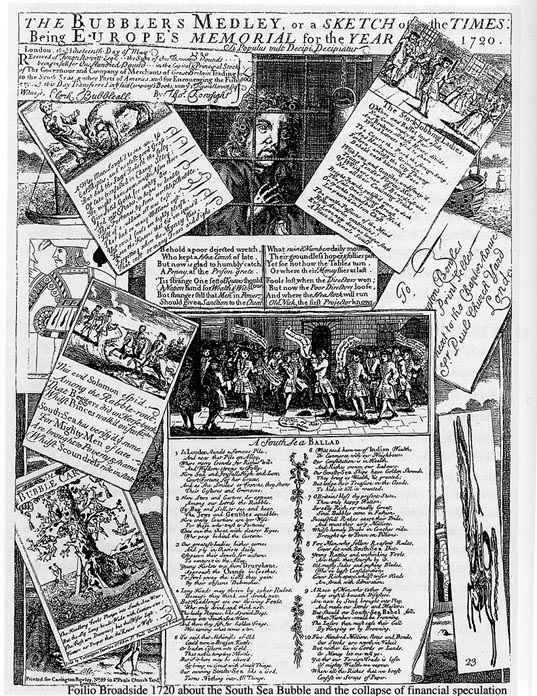 One area of contention has been whether republican thinkers were able to accommodate the new commercial reality, given their traditional attachment to land as the key determinant of political power. In fact, important figures such as John Toland and Robert Molesworth had plenty to say in favour of mercantile sources of wealth. They also engaged in risky investments of their own, including the South Sea Company, with predictably unfortunate results. Later in the century, the republican period in France presented a different philosophical dilemma – how to reconcile inequalities associated with commercial society with an egalitarian political premise. 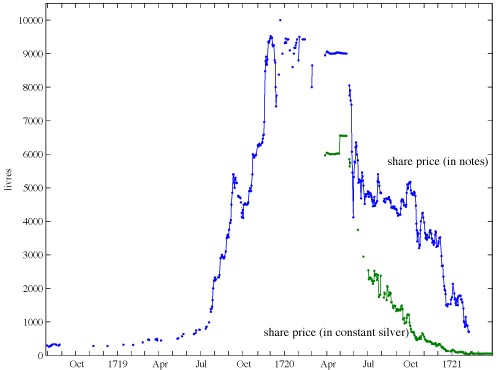 Enlightenment authorities inherited and reshaped older assumptions but they did not arrive at an agreement on key issues surrounding money form, credit and the role of the state. Their views thus challenge the tendency to read the Enlightenment as a period of consensus, and for that matter how we periodise it. When Charles Mackay reviewed the two great financial shocks of the eighteenth century – the crashes in value of the South Sea and Mississippi Companies – in his Memoirs of Extraordinary Popular Delusions and the Madness of Crowds (1841), he traced the potential for events of this kind to human social psychology, but he also, implicitly, signalled our capacity to transcend them. Today, if we have learned nothing else from the crisis that began in 2008, we have recognised our own ability to invent economic calamities in new forms, around ongoing patterns of expanding credit and investment. The Enlightenment’s legacy was to comment on these issues at the highest level philosophically. Whether our own experience will emulate these contributions with intellectual monuments of our own remains to be seen. –Daniel Carey, National University of Ireland, Galway