Two Years On: the State of the ‘Studies’, by the General Editor 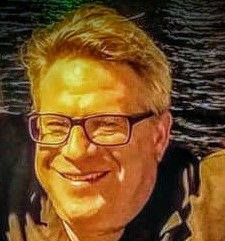 The arrival of the New Year of 2018 marks two years since I began as General Editor of Oxford University Studies in the Enlightenment. The past two years have been rather dramatic ones for the nations in which most of our readers and authors live, in ways in which the study of the literature and culture of the eighteenth century might seem to be either irrelevant or utopian. The cosmopolitan and rationalist spirit of the Enlightenment has been all too scarce among our leaders.

From a liberal perspective, the events of the past two years have provided an unending series of coups de théâtre. We have seen major political peripeteia in the UK and the US, with parallel subplots of unexpected reversals of fortune in Italy, Germany and Austria. Where the political plot has not been tragic it might best be characterised as ‘labyrinthine confusion’, most notably in Spain – with nothing less than full-on farce in Russia.

With even Canada offering something of a political romance, and French politics staging a one-man show based on a mythopoetic hero’s journey, the past two years have been experienced by many academics – especially humanists – as Sturm und Drang. The sense of dread has ranged from visa and residency issues for international students and scholars in the US and UK (to put it bluntly, in the case of the US, the exclusion of visiting scholars and the prospect of mass expulsion of students) to existential threats to the institutions from their own governments at the Central European University in Budapest and the European University in St Petersburg.

Beyond politics and academia the gothic has been all too evident. Just as in my original post I noted the spectre of terrorism haunting Paris, violence inflicted on otherwise unsuspecting audiences has been a leitmotif of the past two years, with particularly horrific incidents in Orlando (site of the upcoming ASECS conference) and less than a mile from my home campus in Las Vegas.

And all of this of course is only to think of the wealthiest and most economically developed parts of the globe. In such a moment, the Enlightenment might seem to have lost all relevance.

Yet those who might maintain that ‘the Enlightenment’ has no historical meaning and offers little to no value as an area of scholarly inquiry have not been reading the pages of Oxford University Studies in the Enlightenment. Since I became General Editor, we have published 24 books counting our most recent volume, and many of these have directly addressed many of the circumstances framing today’s events.

Our authors have explored issues of European politics such as how print media impacted reading practices and the formation of public opinion across Europe; the political uses of satire on stage and in image; transnational correspondence networks; the experiences of continental Europeans residing in England; and the continental influences on English populist and radical discourse.

Through study of literature and thought, our authors have delved into the foundations of contemporary European culture by studying the essential tensions within and boundaries around human nature and collective identity. We have published books on such topics as English aesthetic conceptions and appropriations of the Far East; the interplay between rationalism and belief among Orthodox Christians; and the same interplay among Maurist Benedictine Catholics. We have published on the tension between national and cosmopolitan culture at the Russian court; the tension between indigenous and colonial societies in North America; that between sexes and races in conceptions of the family in Scottish thought; and also on human conceptions of the sentiments of animals. Our authors have written on gender and science; and on the physics of the body.

Our books have also shown the contemporary relevance of classical Enlightenment topics, notably in the highly original works on the Quarrel of the Ancients and Moderns; Holbach; Rousseau and publicity; and Rousseau on stage. And we have continued to find original interpretations of Voltaire!

Thanks to the hard work of many, beginning with the Voltaire Foundation director Nicholas Cronk, the Studies are positioned to go forward in the coming years to explore and reiterate the relevance of the Enlightenment while also questioning the cogency of it as a category of historical analysis. Our new strategic partnership with Liverpool University Press will give our books wide exposure and distribution and will help achieve the VF’s longstanding goal of creating an electronic library of the Studies backlist. Thanks as well go to the many readers who participated in our first-ever survey on scholarly reading practices, the results of which we are analyzing and plan to publish in the coming year.

Thanks to our internationally prominent editorial board we have a rich and broad network of authors, which will see us publish in the coming two years our first volumes on Digital Humanities in the Enlightenment; major works on penal law and on human rights theory in the Enlightenment; several works on political theory and social change; and works on the reciprocal and dynamic relationship between various forms of religious belief (or disbelief) and Enlightenment culture. We will in the coming years see an enhanced breadth to our books, as numerous works in the editorial pipeline address the Enlightenment as a global topic: on cultural, intellectual, political and economic encounters between western Europe and eastern Europe, central Asia, south Asia, Persia, New Spain and beyond. We have multiple books in preparation or under consideration as well on nature and the environment, and several more drawing on a wide range of theoretical frameworks to provide original views on gender identity and power relations.