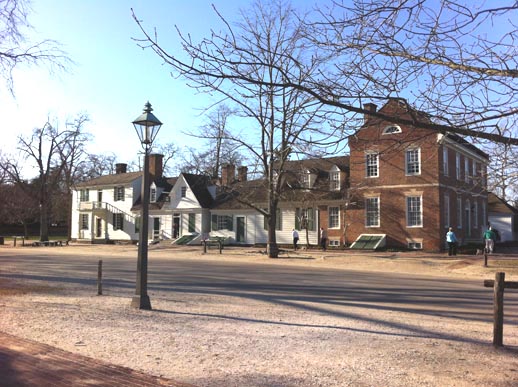 In March I visited Colonial Williamsburg where I was ‘personning’ the bookstand at the annual ASECS. I stayed at the Cedars B&B (rather than the plush conference hotel), and as usual I enjoyed meeting existing ‘friends of the VF family’ (those who already know of and have collaborated with us) and making new VF friends. 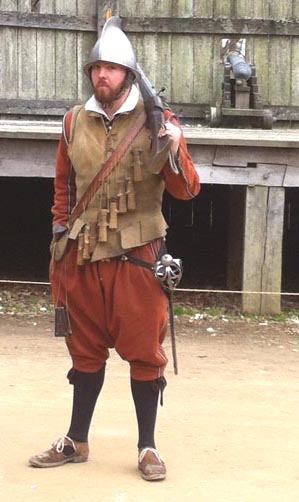 A visit to historic Jamestown

Over 900 academics attended to give papers on panels, network, and browse the book display – mostly to capture information for their libraries to order as well as make some individual purchases. Also to do some 18C tourism! My own tourism treat was a visit to the Jamestown settlement. Other members of the VF team are also out and about this Spring/Summer. In May, our MHRA Research Associate Nick Treuherz is giving a paper at the Virtue and Enlightenment conference at Reid Hall, University of Kent, Paris, and Nicholas Cronk is the co-organiser of an ITEM study day on Enlightenment manuscripts at the IEA. In June, we always attend the Journées Voltaire organised by the Société des Etudes Voltairiennes (SEV), this year on the theme of Voltaire: les voyages de l’esprit libre? In July, part of the final volume in the Correspondence of Mme de Graffigny is the subject of David Smith’s talk at the Graffigny colloquium at the Château de Lunéville, called the Versailles of Lorraine. 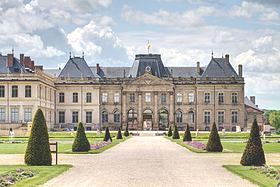 Also Lyn Roberts will be attending the Society for the Study of French History conference in Durham on the theme of History and the senses. Looking ahead to 2015 The annual BSECS conference in January at St Hugh’s College, Oxford is on the theme of Riots, Rebellions and Revolutions. The VF co-funds an annual travel prize. 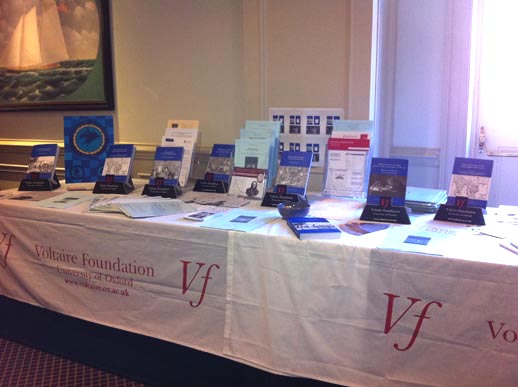 The Voltaire Foundation’s stand at the Colonial Williamsburg ASECS

Many of us will be attending the next ISECS conference in July in Rotterdam on the theme of Opening Markets, Trade and Commerce in the Eighteenth Century. Founded by Theodore Besterman (who also founded the VF), this will be the 50th anniversary conference (and then for 2019 the ISECS conference returns to Scotland, where it started). Will you be at any of these events? If so, please do get in touch via the comments or by emailing email@voltaire.ox.ac.uk – as always we’d love to hear from you! –Clare