Voltaire among the popes 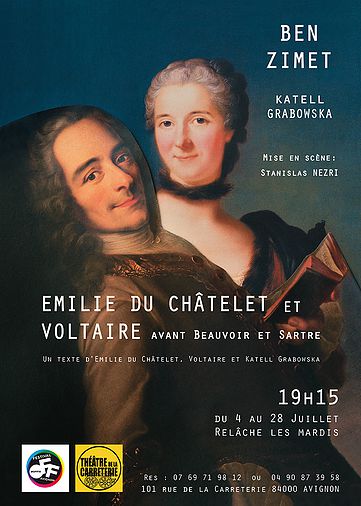 Walking through Urban V’s orchard-garden in the shadow of the Palais des Papes, I didn’t expect to find the faces of Voltaire and Madame Du Châtelet fluttering to the ground on a publicity flier. But the ‘Avignon off’ (the French equivalent of the Edinburgh Fringe with sun) is full of unlikely spectacles. Emilie du Châtelet et Voltaire avant Beauvoir et Sartre was one of them. In the tiny salle of the Théâtre de la Carreterie, author/performer Katell Grabowska interspersed readings from letters in the Voltaire Correspondence with song and narrative, in a laudable attempt to celebrate Madame Du Châtelet as a mathematician and Newton’s translator. (Voltaire, de Beauvoir and Sartre were in attendance only to sex up the title.) It might have worked. Grabowska had done her homework well and the music was lively. But theatricality was another matter. Text dominated performance, leaving any non-Voltairean bemused by a zigzag timeline, bewildered by a catalogue of mysterious pop-up characters – Thiriot, d’Argental, Algarotti – and alas! far from bewitched by a show which needed the sparkle of Émilie’s knuckleduster diamonds to give it some pizzazz. 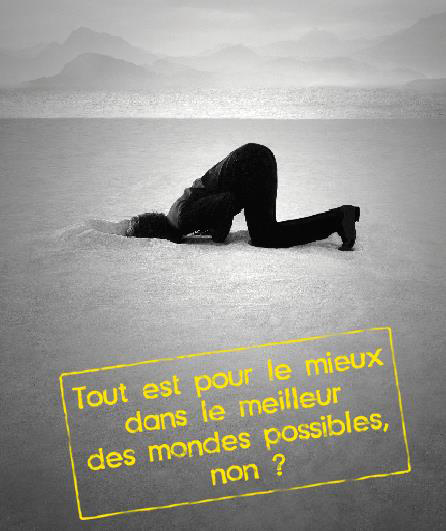 Not so the Troupuscule Theatre’s version of Candide. Their ‘road-movie’ musical was aimed at a school-age audience and performed at 11 a.m. in the unpromising surroundings of the Préau (recreation space) in the Collège de la Salle, just inside the city ramparts. But as spectators took their seats, they were exuberantly welcomed and plied with flutes of fizz. Yes, really – it was Cunégonde’s birthday! Joie de vivre was the keynote of the show, but clever staging, inspired by seventeenth-century street theatre, hinted (like the conte itself) at the darkness beyond the rocambolesque. Candide’s naked back was painted with the stripes of flogging, and as he littered the stage with corpses (who promptly jumped up and rummaged for their hats), the clashing of swords still rang in our ears. The cast played it for laughs and were rewarded by gleeful squealing from their young spectators, but the underlying message of the conte was omnipresent. 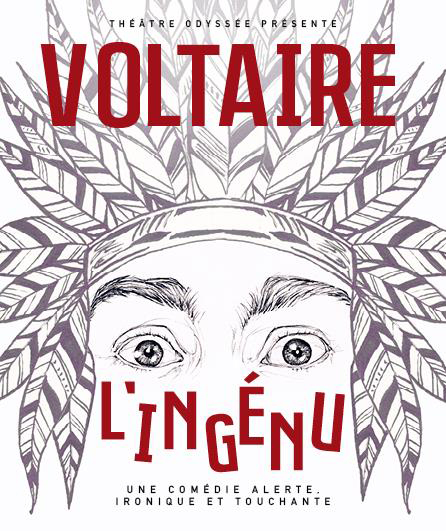 Of the three Voltairean spectacles, however, it was the Odyssée Theatre’s adaptation of L’Ingénu as a one-man show which stole the limelight. Jean-Christophe Barbaud, the metteur en scène, and Thomas Willaime, who performed it, had harnessed the dramatic potential of Voltaire’s text to produce a narrative that stayed remarkably loyal to the letter as well as the spirit of the conte. The minimalist black-and-white set was the perfect vehicle for Willaime’s extraordinary athleticism and emotional power. He morphed effortlessly into different characters: the audience chortled as the unsuspecting Huron stripped off for his baptism, smiled indulgently at the good-natured self-delusion of Mademoiselle de Kerkabon, and shared the hero’s fury as he was unjustly flung into the Bastille. But it was the hushed auditorium when Willaime enacted the self-sacrifice of Saint-Yves that most clearly demonstrated the quality of both adaptation and performance. It was a tour de force, and to see the audience rising to applaud in a theatre packed to capacity was a gratifying reminder that Voltaire’s works do not lie mouldering and unread on the library shelves of his twenty-first-century compatriots.

It so happens that both Candide and L’Ingénu are on next year’s agrégation syllabus, so the contes will find new generations of readers, actors and directors among future students. The Papal City has surely not seen the last of Barons, Grand Inquisitors and love-lorn young innocents.