Of Voltaire’s London years and the ‘Lettres sur les Anglais’

Thanks to support from the AHRC for the publication of one of the iconic texts of the Enlightenment, Voltaire’s Lettres philosophiques, a.k.a. Lettres sur les Anglais (1733, published in English the same year under the title Letters concerning the English nation), the Voltaire Foundation launched both online and offline events this summer. 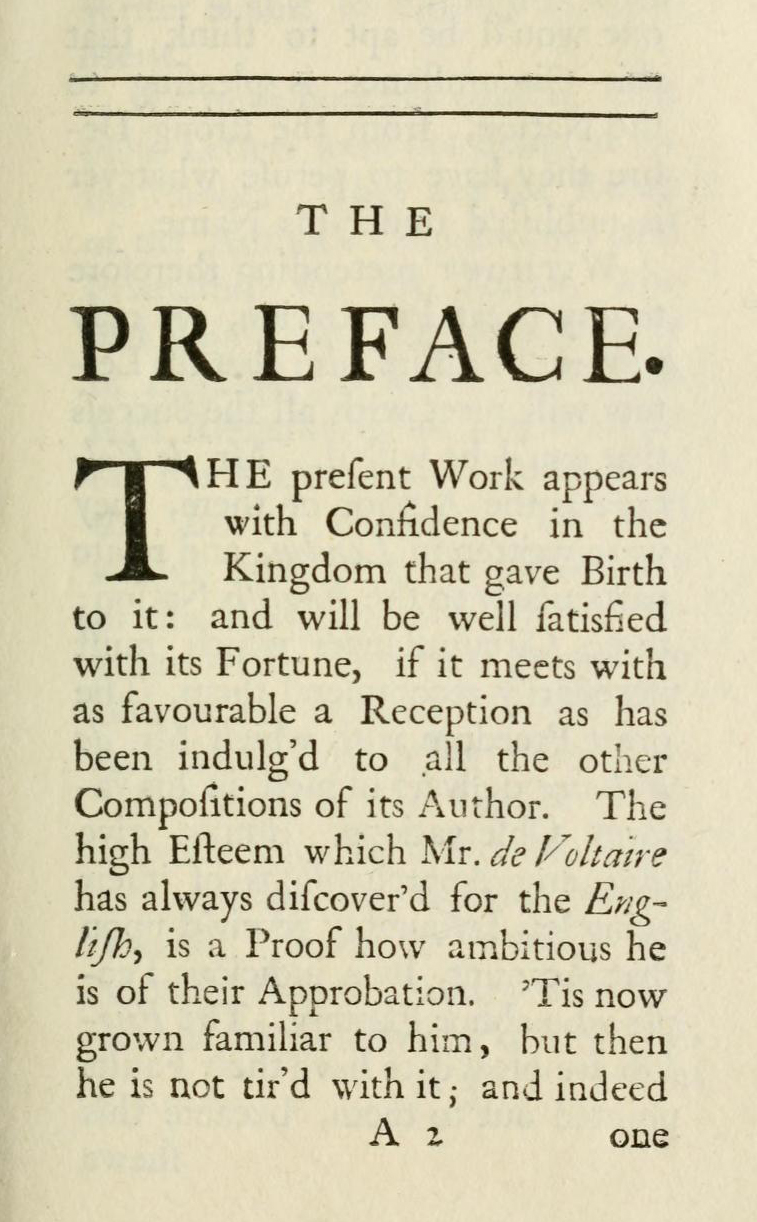 First page of the preface to the Letters concerning the English nation (London, 1733), the first edition of Voltaire’s text to be published.

On 27 September Professor Nicholas Cronk gave a talk entitled ‘Voltaire in London: Cultural life in the 1720s’, hosted at the Handel House Museum in London. Handel lived at 25 Brook Street in Mayfair from 1723 to 1759; Voltaire, for his part, was lodging at a rather less smart address in Soho in the latter part of the 1720s. We do not know if Handel and Voltaire ever met, but both men made significant contributions to the cosmopolitan cultural life of London in the 1720s. Voltaire was in his early thirties and already a well-known poet when he came to London to launch a subscription to publish La Henriade, an epic poem glorifying King Henri IV of France, which touches upon the evils of religious fanaticism, among other topics. Originally, he had hoped to get permission to have it published in France with a dedication to the young Louis XV, but the subject matter of his poem was such that permission was not granted. Voltaire decided to go to London to have it published by Huguenot printers, free from censorship, and the book was dedicated to Queen Caroline. Voltaire settled at the White Perruke on Maiden Lane in Soho, in a Huguenot area of the capital where French was widely spoken and which extended to Spitalfields. He stayed in London for two and a half years and taught himself English. He was a regular visitor at the Drury Lane theatre, where he discovered Shakespeare. He read Gulliver’s Travels in English and attended an early performance of Gay’s Beggar’s Opera. Voltaire read Addison’s Spectator, a publication whose tone and format was to prove a big influence on his own Lettres philosophiques. He met Pope, Gray and Swift, and was instrumental in popularizing Newton’s ideas in France. He was made a Fellow of the Royal Society in 1743. 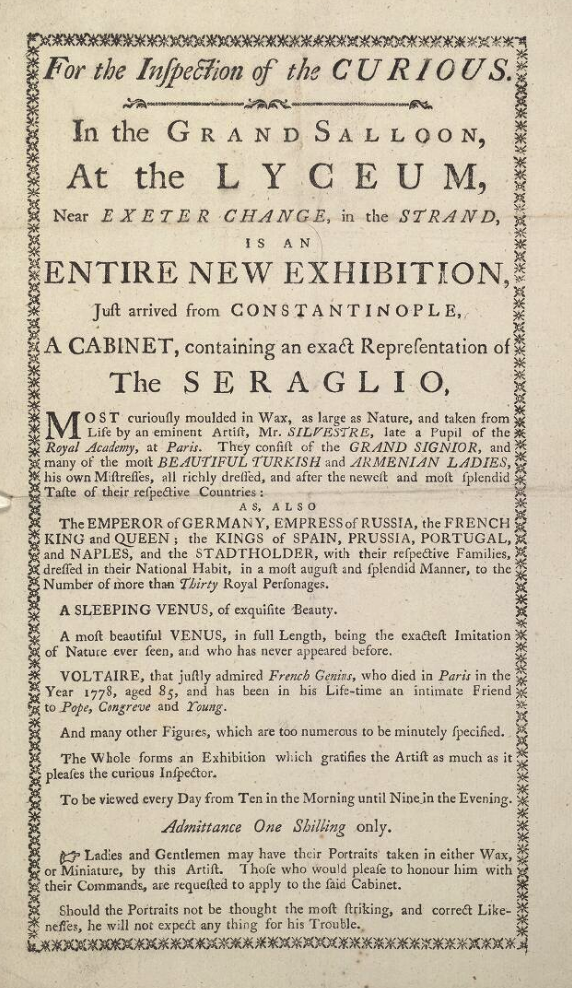 Interestingly, an exhibition of waxworks organised on the Strand not long after Voltaire’s death featured an effigy of ‘that justly admired French genius’ who had been ‘in his lifetime an intimate friend to Pope, Congreve and Young’ – testament to the lasting impact of his stay in London many decades earlier. Thanks to the AHRC grant, the Voltaire Foundation also commissioned Oxford DPhil student Cameron Quinn to write ‘Stories around the Lettres sur les Anglais’ for our website. This resource provides background information about the Lettres and their importance as a seminal text for the Enlightenment, and sheds light on the reasons that drove Voltaire to spend two years of his life in England; it also gives an overview of the political, as well as economic and cultural, situation in England during the years Voltaire lived here. Thematic pages focus on several key topics that were important for society in general or to Voltaire in particular at the time the Lettres were written, and they also offer links to relevant websites. The themes covered are immensely varied in scope; they include, among others, religion, poetry, the Newtonian revolution, the English adoption of the practice of inoculation, and the question of the soul. These webpages can be a resource for those without much prior knowledge of the wider historic or cultural contexts of the time, or of the issues at stake. We hope our readers will enjoy this ‘rough guide’ to the Lettres sur les Anglais and the historical context in which they were written! – Clare Fletcher