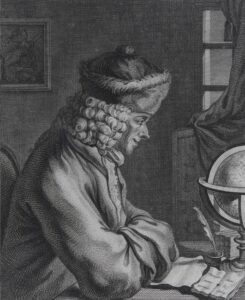 Voltaire was alone among the philosophers of the French Enlightenment in taking a serious interest in historical writing: it is not to be found in Diderot, Montesquieu or Rousseau, while Emilie Du Châtelet, for whom the Essai sur les mœurs was intended, was interested primarily in the physical sciences. The work is also unique for its time in being the work of a layman, unconstrained by ecclesiastical or monarchical duties or loyalties. The sheer extent of this work, in 197 chapters, the ground-breaking approach to the writing of history and the amount of time that Voltaire invested in it over several decades combine to make it one of the most important of his writings. In our own day it is admired by historians all over the world.

The project was started in 1741 as an ‘Abrégé de l’histoire universelle’, and early chapters up to the Crusades were published in a monthly periodical, the Mercure de France, in 1745 and 1750. A more or less definitive version was finished by 1756 and further major changes were made in 1761. Thereafter changes are relatively minor, but the Essai continued to occupy a prominent place in Voltaire’s thinking until the end of his life.

The Essai sur les mœurs can be said to have changed the face of western historiography. It represents a new and radical approach to the writing of history: a philosophical account of the past, encompassing, from the time of Charlemagne, many more regions of the globe than had been attempted before (particularly Islamic Europe, China, Japan, India and even the New World). It shunned the traditional framework of chronological lists of ruling dynasties, secular and religious, in order to concentrate on the progress of a form of civilisation which tended to an improvement in the attitudes adopted by human beings towards each other. If Voltaire at first saw the history of the world as ‘a long succession of futile atrocities’, he came to a view of human nature as a fundamentally worthy force which was gradually overcoming the pernicious effects on behaviour of stupidity, cruelty and fanatical superstition.

Voltaire intended his work to be accessible to the general reader, and it is characterised by a lack of footnotes and scholarly references. Nevertheless it was a formidable undertaking. Voltaire made prodigious efforts to inform himself about the history of other cultures; his own wide reading is evident on every page.

The Essai was a considerable publishing success when it first appeared – 7,000 copies were sold of the first full edition in 1756. Because it offended against some traditional tenets, the work was condemned by the Assembly of Clergy in 1765 and continued to attract official opprobrium for many years.

The critical edition by the Voltaire Foundation in nine volumes is based on the last edition of the text authorised by Voltaire. Its annotation, provided by an international team of distinguished Voltaire specialists, sets out to identify the sources available to him, his use or misuse of them, and also to define his philosophical and historiographical stance. In addition it shows successive changes and additions to the text from the first draft of the early 1740s to the text of 1761. 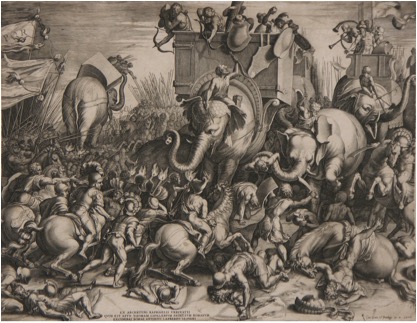 Unique for its time, Voltaire’s Essai sur les mœurs encompasses the history of all continents and all religions as part of a ‘universal history’. Sam Bailey, PhD student at Durham, gives an overview of this monumental work and explores how the author approaches his material. 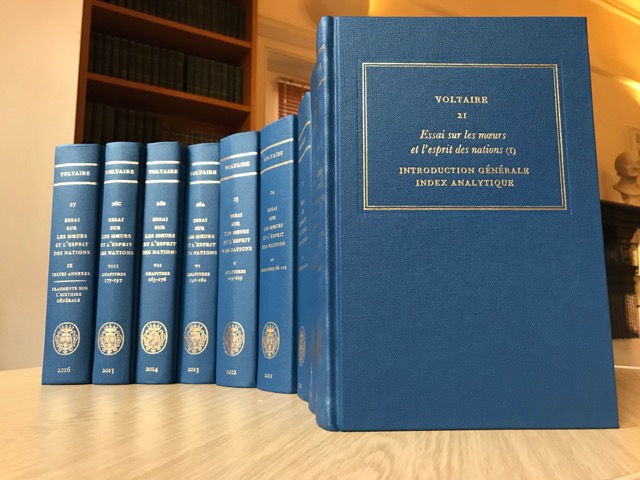 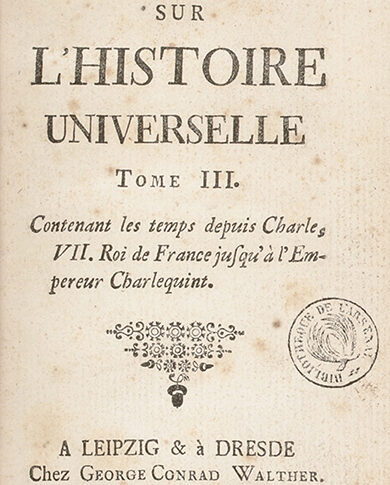