In December of 1732, Voltaire wrote to his close friend (and royal censor) Jean Baptiste Nicolas Formont that he felt pressured to water down what he had to say about Locke’s philosophy in the Lettres:

‘There is just one letter [in the book] concerning Mr Locke. The only philosophical subject I discuss is the little trifle of the immateriality of the soul, but the thing is of too much consequence to discuss it seriously. I had to lighten it up a bit to avoid colliding head-on with their Graces the theologians, who so clearly perceive the spiritual nature of the soul that if they could they would burn the bodies of anyone who doubted it.’ (D545)

What was this ‘little trifle’? During the seventeenth century a major shift occurred in Western philosophy. In tandem with the development of experimental methods for accumulating knowledge, philosophers were beginning to challenge received wisdom in groundbreaking ways. Their target was Scholasticism, the tradition that had dominated European universities and academies to that point, which represented a patchwork of peculiar interpretations of Aristotelian metaphysics, skewed through the lens of Christian dogma. Francis Bacon, James I’s Lord Chancellor, set out a new method for interpreting nature based on experience and observation. 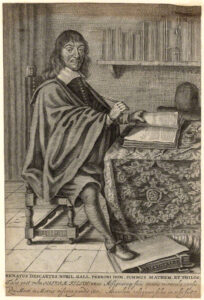 René Descartes also cast aside old ideas in favour of a new method of reasoning: his famous scepticism, which rejects anything that is not clearly and distinctly perceived. Oxford philosopher John Locke, the subject of Letter XIII, was influenced by Descartes’s rigorous methodical scepticism, but took a different approach. Rather than seeking like Descartes to refine the ‘internal light’ of reason against the possible illusions of our senses, Locke looked outward and argued that those same senses are the source of all knowledge. The manifesto for this empirical turn was Locke’s 1689 Essay Concerning Human Understanding.

The Essay seeks to explore nothing less than the limits and mechanics of human understanding. It should come as no surprise, then, that today’s standard edition of the text weighs in at a hefty 748 pages. Despite the enormity of the text and its object, Locke publicly displayed a modesty about the value of his work, and at the same time linked it to advances in what we would now think of as natural science:

‘The commonwealth of learning is not at this time without Master-Builders, whose mighty designs in advancing the sciences, will leave lasting monuments to the admiration of posterity; but every one must not hope to be a Boyle, or a Sydenham; and in an age that produces such masters as the great Huygenius, and the incomparable Mr. Newton, with some others of that strain; it is ambition enough to be employed as an Under-Labourer in clearing the ground a little, and removing some of the rubbish that lies in the way to knowledge.’

Under-labourer or not, Locke made a major impact with the Essay. It is now seen as the seminal text of British empiricism, a philosophical tradition that centred experience through the senses as the source of knowledge, and which would deeply influence the French Enlightenment. 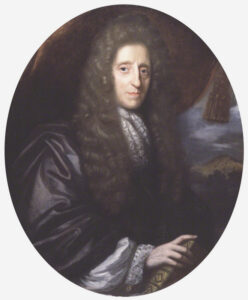 In Letter XIII, Voltaire zeroes in on an element of Locke’s philosophy which takes up only slight space in the Essay but which caused a great deal of controversy following its publication: the question of the metaphysical nature of the soul. In other words, when we think and feel and experience things, what is happening? What kind of a thing is the soul, or the mind, or consciousness, really? Is it a completely different kind of thing from the body – a different substance? Or is consciousness what happens when matter is organised and functions in a certain way? The question was of no small importance. Centuries of accumulated Church doctrine maintained that the soul was distinct from the body because while the body returned to the earth after death, the soul would persist until Judgement Day, and for eternity thereafter. This idea that body and mind are distinct from one another is known as dualism, and was famously propagated by Descartes. It was widely believed at the time that dualism had to be true if it was true that the soul was immortal.

In the Essay Locke does not argue against dualism, but he does say that it would not matter for religion whether matter were capable of thought or not, given that God is omnipotent and could arrange the mechanics of thought any way he chose. Yet by even evoking the possibility that thought could be a property of matter itself and not a separate soul-substance (an idea known as physicalism), Locke rubbed some powerful people the wrong way. Officials at universities sought to suppress Locke’s Essay. The Bishop of Worcester, Edward Stillingfleet, published critiques of Locke targeting what he perceived as his contradiction of dualism, and engaged in a public argument with him through correspondence. This led Locke to make some changes to subsequent editions of the Essay. 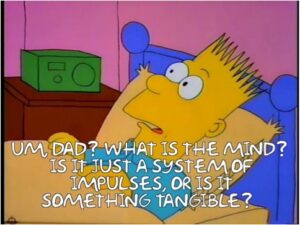 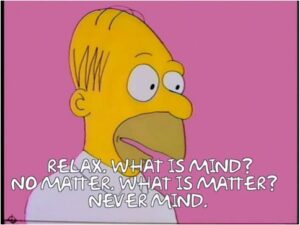 Voltaire perceived the question of the immateriality of the soul, as far as France was concerned, as just as much of a ‘touchy subject’ as Locke did in 1704, when he referred to it in those words in a letter to the deist William Collins, attempting to dissuade him from publishing heterodox ideas on the subject. Even given its polemical explosiveness – perhaps because of it – the question of whether matter could think or not would become a major occupation for Enlightenment thinkers later in the eighteenth century. In 1748, La Mettrie claimed in L’Homme-machine that humans are simply extremely complex assemblages of matter. Condillac, himself influenced by Locke and by Voltaire’s account of him, developed a thought experiment in his Traité des sensations in which a statue gradually gains the five senses – a thought experiment which he used to express a philosophy known as sensationalism which went even further than Locke in insisting on the primacy of experience as the source of human knowledge. In Le Rêve de d’Alembert, written in the 1760s but published for the first time only in 1830, Diderot imagined man as a swarm of bees whose legs are glued to one another, or as a harpsichord whose strings vibrate in response to external stimuli, as different ways of conceptualising the relationship of thought and emotion to matter.

Despite the manifold advances in humankind’s understanding of the universe since Locke’s time, the nature of consciousness is still a topic of vigorous debate within philosophy and empirical science. Indeed, the contending sects of the early eighteenth century were not far from those of today: the world of philosophy still plays host to plenty of mind-body dualists, alongside physicalists, idealists, and variants or syntheses of all of these positions. Even as our understanding of the functioning of the human brain and nervous system proceeds apace, it is likely that questions about the nature of consciousness will persist. The reason for this is structural: we all experience consciousness within ourselves, yet we cannot (as yet) directly observe consciousness in the ways that empirical science would encourage us to. This gulf between our subjective experience and our objective observations is the very heart of what Locke was seeking to elucidate in his philosophy, and his answer to it – the modest proposal that there are some things that are beyond the understanding of human rationality – was a major part of his appeal for Voltaire.

Links on Locke and the soul: