The Lambert-David collection is a major ensemble of eighteenth-century manuscripts relating to Voltaire, hitherto largely unknown to scholars, and running to several hundreds of pages, mainly of letters, verse, and documents to do with historical and legal matters. Theodore Besterman examined some of the letters in the 1950s when he was preparing the Œuvres complètes edition of Voltaire’s correspondence, having contacted the then-owner of the Château de Ferney. This is, of course, where Voltaire lived for the last twenty years of his life, and subsequent owners amassed this manuscript collection. Following the sale of the château, the collection disappeared from view. It has recently emerged again thanks to a descendent, Professor Peter Southam, based in Sherbrooke, Quebec.

Colleagues at the Université de Sherbrooke are planning an exhibition and conference around the Lambert-David Collection and the theme of ‘Voltaire in Quebec’. In the video below, Professor Southam and other colleagues speak about the collection and their plans. 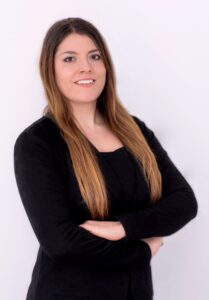 We at the Voltaire Foundation are very pleased to have the chance to study the manuscripts as part of our work on Voltaire, and are especially grateful to the Polonsky Foundation, who funded their digitisation. Thanks to their support, master’s student in digital humanities Sonia Blouin spent the summer photographing the documents. With BAs in archaeology and history (Université Laval, 2010; Université de Sherbrooke 2015) and an MA in history and applied IT (Sherbrooke, 2021), Sonia has been involved in several research projects in the heritage sector. Her expertise in digital humanities spans a range of work from 2D and 3D digitisation, 3D historical modelling, the creation of online resources, databases and GIS mapping, meaning that she was ideally placed to take on this project. She gives an insight into the technical challenges of her work on our blog, and concludes that the project not only allowed her to hone her skills in the digitisation of archives, but also to have learnt more about the eighteenth century and to have spent the summer in the company of Voltaire!

This is a new type of project and collaboration for the Voltaire Foundation, and we are very happy to have begun it in partnership with Peter Southam, Sonia Blouin and the other colleagues in Sherbrooke.