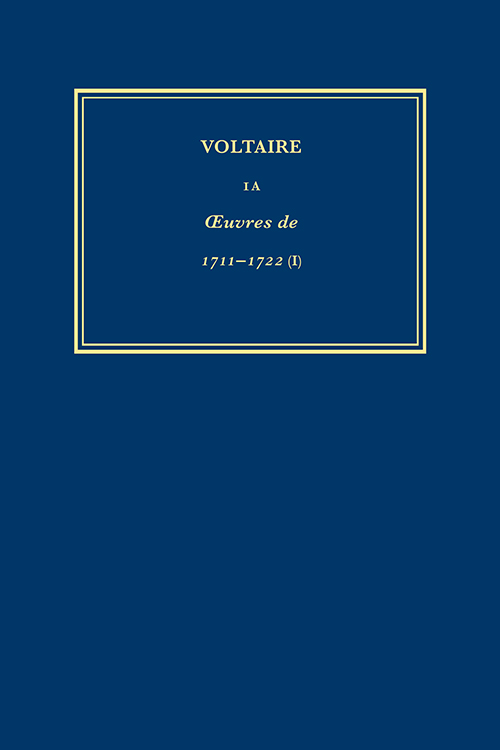 This volume brings together Voltaire’s earliest works, from fragments of a schoolboy play to his first publications when, leaving school determined to be a poet, Voltaire’s satires soon earned him notoriety, and, in 1717, eleven months imprisonment in the Bastille. Amulius et Numitor is said to have been started when Voltaire was only twelve years old. The play was later destroyed, possibly by the author himself, and only fragments survive. By contrast Voltaire’s first published play, Œdipe, was the most successful first production of any French tragic dramatist, displaying his remarkable ability to understand and satisfy public tastes. It was an explosive first choice for a play, declaring Voltaire a rival to the great Corneille and the Ancients, and as able as they were to treat a defining myth of Western culture. The accompanying Lettres sur Œdipe (here included with detailed commentaries) proved more controversial, as the writer’s arrogance and attacks on other writers provided ample material for his critics. The final play in this volume, Artémire, is the first significant literary production of Voltaire which he wished never to be republished.

In the introduction, as long as it is full of useful information, David Jory aims at providing the best answers about the number of issues this pièce arises in all scholars.