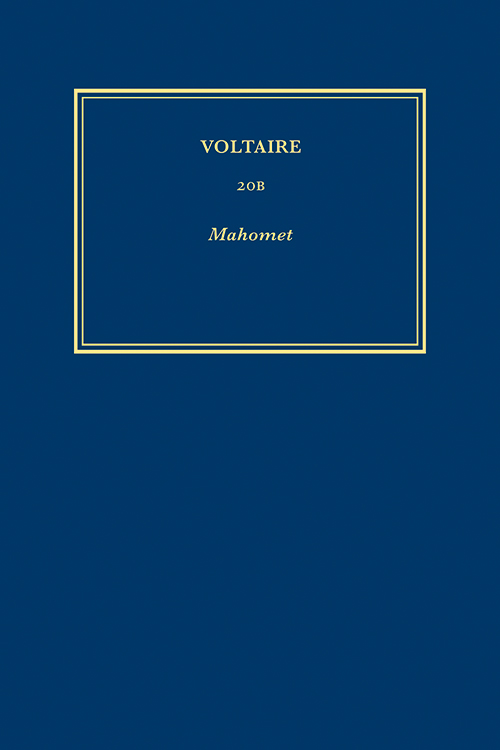 The twinned evils of superstition and fanaticism had been prominent in Voltaire’s work since La Henriade, but it is only with Le Fanaticisme, ou Mahomet le prophète that Voltaire translates this theme to the stage, creating an entirely novel adaptation of classical forms to modern political debate. Voltaire’s focus is the hypocrisy of religious ‘impostors’, and, despite the oriental lens, early audiences were under no illusions about the unspoken Christian targets of his polemic.
The first authorised editions of the play contain prose paratexts in different voices designed to provoke and challenge his reader. Both the play itself and the literary structure, reproduced with detailed commentary in this edition, offer important insight into Voltaire’s evolving public campaign against fanaticism.