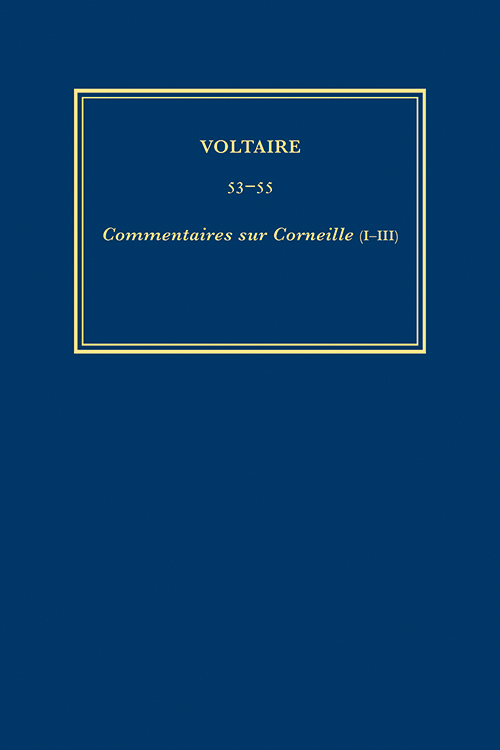 Voltaire claimed that his monumental Commentaires sur Corneille was among his proudest achievements. However, though highly influential within his own lifetime the commentary quickly generated hostility from critics, and even embarrassment, after the eighteenth century.

This set of three volumes is the only modern critical edition of Voltaire’s longest, most sustained piece of literary criticism, and demonstrates ably that the commentary is not simply concerned with Pierre Corneille, but covers an enormously rich territory outside the immediate area of Corneilian theatre, with its treatment of plays by Shakespeare, Caldéron, Racine and Thomas Corneille. Furthermore, Voltaire’s notes reflect his thoughts, distilled over half a century, on literature, language, taste, beauty and decadence, at a pivotal stage of his evolution as a critic of French and European culture.