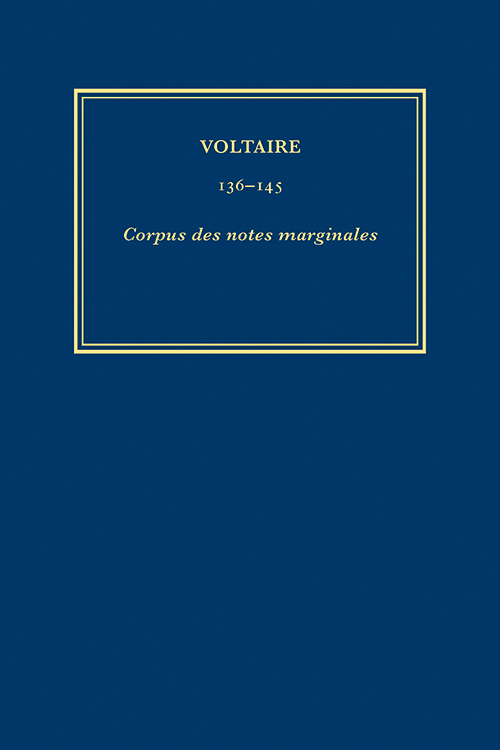 The third volume of the Corpus des notes marginales, long since out of print, was first published by Akademie-Verlag in Berlin, East Germany, in 1985. It was reissued in the Œuvres complètes de Voltaire Oxford edition, where the remaining volumes of the Corpus (unfinished since the publication of volume 5 in 1994) began to be published in 2006. This volume has been made easier to use in the reissue by the addition of running heads. Reproduced in an appendix is Christiane Mervaud’s seminal article, ‘Du bon usage des marginalia’, which appeared in the Revue Voltaire 3 (2003).