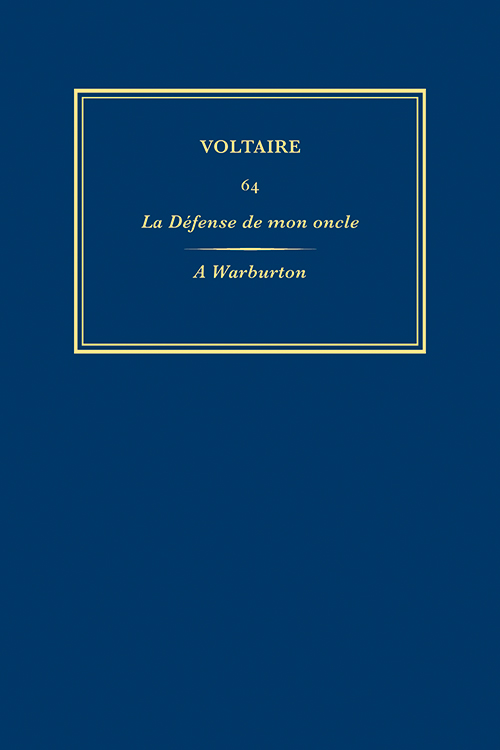 Voltaire’s clever and moving defence of his Philosophie de l’histoire against an attack by Pierre Henri Larcher, lets his wit and insight shine through on a dizzying array of topics, and ultimately the defence of his fundamental beliefs about historical writing and Enlightenment principles. Penned in a week at the age of 73, it is an impassioned apologia of Voltaire’s rational system of approaching history and civilization.
A Warburton, also contained in this volume, followed hot on the heels of the Défense de mon oncle. It is a short but highly polemical pamphlet, directed against the prominent bishop and theological commentator, William Warburton.