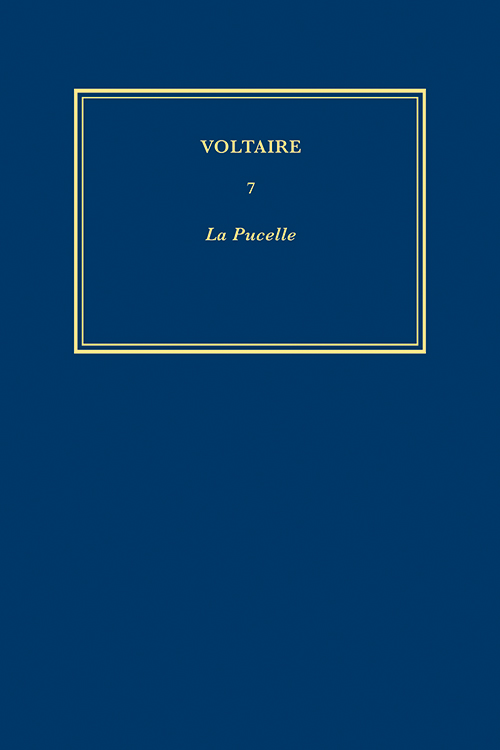 Voltaire’s satirical epic La Pucelle was one of the most contentious works of his career, and was outlawed, burned and banned for much of the following two centuries. His trenchant criticism of superstition finds its full expression in this poem, which retells the story of France’s heroine Joan of Arc from an irreverent, ribald point of view. In fact there are two poems: the early pirated copy that was widely distributed, having been spiced up and supplemented by its unauthorised editors, and Voltaire’s later official version, considerably toned-down. This edition is among the first to present these two texts in their entirety, without trying to create a composite. The complicated history of La Pucelle’s composition, its various editions and its lasting influence are here related in full, alongside the full texts of both ‘poems’, allowing readers to judge the still-controversial masterpiece for themselves.