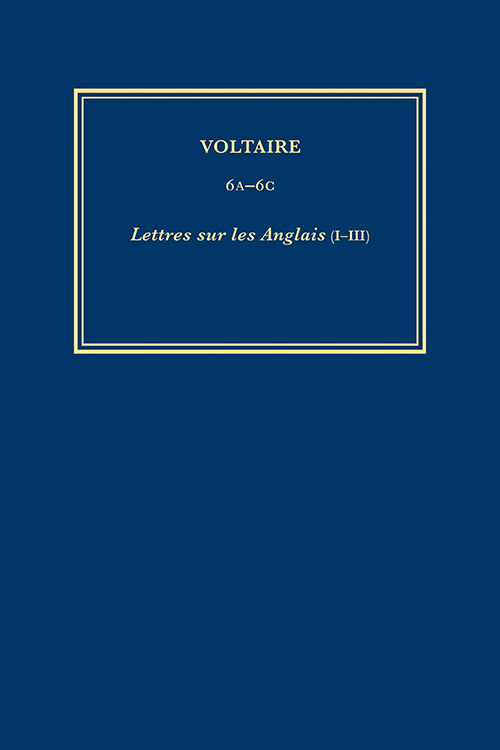 The Lettres sur les Anglais (also known as the Lettres philosophiques) is one of the key masterpieces of the European eighteenth century, a manifesto of Enlightenment thinking that helped to shape a way of understanding the world which remains influential to this day. It also marked a turning-point in Voltaire’s career when the poet and dramatist established himself as a prose writer of the first rank.

Drawing on the experiences of his stay in England (1726-1728), the Lettres are made up of a series of short articles, covering a range of themes, from religion and politics to literature, and they aim to present an overall view of contemporary English culture. Voltaire experiments with a new type of cultural history, suggesting the interconnection of religious tolerance, political freedom and a dynamic literary culture.

This edition is the most complete ever produced, and takes as its base text the Lettres philosophiques of 1734, giving full variants from all the other versions published during Voltaire’s lifetime. It includes the original English version, the Letters concerning the English nation, as well as an edition and critical study of the clandestine Lettre sur M. Locke in which Voltaire’s materialist thinking received its fullest expression.