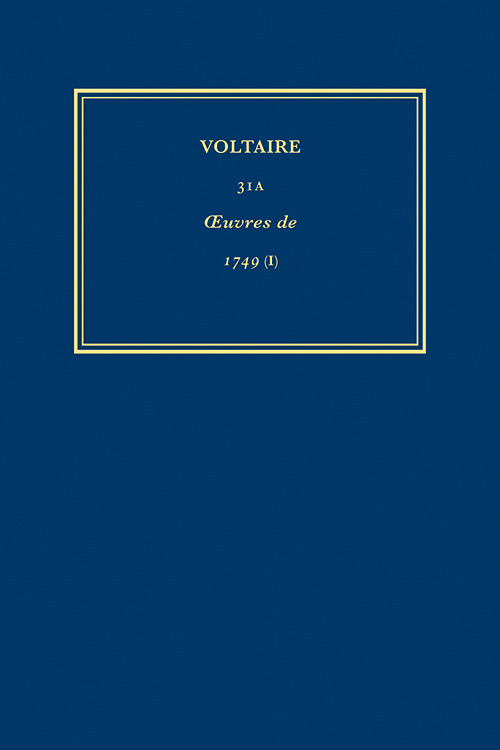 The year 1749 was to prove a sombre one for Voltaire. His relationships with Mme Du Châtelet and Mme Denis were both in highly emotional and uncertain stages, culminating in Voltaire’s utter devastation at the death of Mme Du Châtelet in September, and his ensuing need to lay the foundations of a new existence, initially in Paris and with his oldest friends. It is against this backdrop that one must envisage his literary activities in 1749. His central preoccupation was with his theatrical ‘duel’ with the elder Crébillon, and his response to Crébillon’s challenge, the composition and staging of Rome sauvée and Oreste are described in detail in this volume, together with his dissertation on the staging, ancient and modern, of the tragedy of Electra.

This is impressive and weighty scholarship lovingly presented. All three texts (two tragedies and a critical dissertation) are interrelated and illuminate each other. […] The volume bristles with facts and information, literary, biographical, historical, and bibliographical and, like others in the Works, constitutes an abundant treasure-trove for future scholars.