Today Voltaire is most remembered for his satirical contes, chief among them Candide, and for his interventions in public debates about the freedom of expression and religious toleration. Yet at the time he was writing the Lettres, as indeed for most of his life, Voltaire was known primarily as a poet and a dramatist. Indeed, in 1778, shortly before his death, Voltaire was publicly crowned with laurels by the actors of the Comédie Française, and a statue of him was brought into the theatre and strewn with garlands.

For a man so thoroughly identified with the theatre as Voltaire was, it should come as no surprise that he took pains to familiarise himself with English theatre and that he would have strong opinions about it. When he advises the reader in Letter XIX: ‘if you have a Mind to understand the English Comedy, the only way to do this will be for you to go to England, to spend three Years in London, to make your self Master of the English Tongue, and to frequent the Play-house every Night’, he comes close to describing his own practice. The opinions he offers are idiosyncratic, but they serve to illustrate differences in theatrical tastes and practices, both between contemporary France and England, and between his era and subsequent ones.

By the early eighteenth century, English and French drama had developed quite differently from one another. In England, the lively Elizabethan and Jacobean periods of Shakespeare, Marlowe, and Ben Jonson gave way to the Puritan interregnum (1642–1660), under which theatrical performances were banned by Parliament. It was only after Charles II regained the throne in 1660 that dramatic life resumed, which is why plays from this period are known as ‘Restoration’ drama.

Developments on the French stage during the same period were markedly different. Theatre became increasingly institutionalised and formalised over the course of the seventeenth century, due to direct support from the Crown and the intervention of the Académie Française (founded in 1635) on questions of taste and form. A spirit of classicism took hold, in which plays and aesthetic theory of the ancient world were taken as models for modern drama. This notably included a belief that plays should satisfy the ‘three classical unities’ associated with Aristotle of time, place, and action – meaning that the events depicted in a given play should all occur in the same place, within the course of a single day, and be connected together, with no extraneous subplots. It also corresponded with a foregrounding of strict verse forms, especially ‘Alexandrine’ verse, with lines consisting of twelve syllables each, often rhymed, and with predictable sub-groupings of syllables within the verse line.

Voltaire’s judgements about English tragedies and comedies are heavily informed by his aesthetic training. His criticisms of Shakespeare, for instance, stem in large part from his perceived violation of classical rules of genre. Tragedy, according to classical theory, should excite ‘pity and terror’, and should concern the lives of noble characters, whereas comedy should generally focus on low-born characters. In his plays, Shakespeare included both, and wove them together in his plots, which did not usually adhere to the three unities, and which sometimes featured a complex interplay of verse and prose. 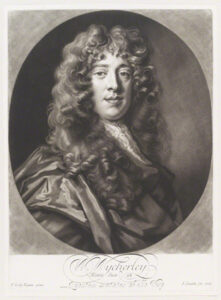 Following the Restoration, English theatre came under the influence of the unbroken French tradition, and Voltaire offers his favourable assessment of a number of other playwrights, both from the Restoration period and the first quarter of the eighteenth century. When it comes to tragedy, he has especial praise for Joseph Addison, whose Cato (1712) he says is the first English play to be both ‘reasonable’ and ‘infused throughout with a spirit of elegance’.

Voltaire examines English comedy mostly through the lens of Molière (1622–1673), already hailed as a major figure in his own day. Molière, who wrote and performed in dozens of plays during his lifetime, excelled in the genre of farce, a kind of comedy that relies on improbably situations and exaggerated characters. He was also known for his well-observed send-ups of pompous members of the bourgeoisie. Voltaire summarises and praises two plays by William Wycherley, a Restoration dramatist and partial contemporary of Molière, by framing them as adaptations or copies of Molière’s plays. Wycherley’s The Plain Dealer was based on Molière’s Misanthrope, and Voltaire sees The Country Wife as an adaptation of L’École des femmes. Wycherley took advantage of the relative freedom of the Restoration period to make both plays excessively bawdy and explicit. Voltaire praises Wycherley’s wit and plotting, but warns that The Plain Dealer is ‘too bold for the French Manners’. 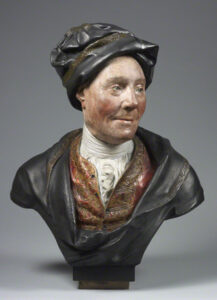 As for playwrights contemporary to Voltaire himself, Colley Cibber, an actor and writer who became poet laureate after Voltaire left England, and John Vanbrugh, also receive the philosophe’s approval. Vanbrugh’s The Relapse, or Virtue in Danger was a sequel to Cibber’s sentimental comedy Love’s Last Shift, and Voltaire calls it ‘most gay and humorous’.

Voltaire met William Congreve during his time in England, shortly before the latter’s death in 1729. He held Congreve’s few plays in high regard, but was unpleasantly surprised to find that the playwright himself did not. Voltaire notes Congreve’s talent for accurate portraits of the characters of polite society, and indeed Congreve is remembered for his contribution to what came to be known as the ‘comedy of manners’.

It is interesting to note that Voltaire makes no mention of any of the female playwrights who gained prominence during the Restoration period. Aphra Behn, for example, wrote a number of successful plays which would presumably have continued to be performed in London at the time he was there. He also does not discuss John Gay’s Beggar’s Opera, a musical comedy which debuted in London during Voltaire’s stay and went on to be a roaring success, holding the record for longest run in English theatre history for a time.

So much for Voltaire’s theatrical opinions. How have they stood up against 300 years of criticism and canonisation? The answer is they were hit and miss – and mostly miss. Most obviously perhaps, Shakespeare is held up today as a poet and playwright of surpassing genius. His legacy was firmly established later in the eighteenth century through the efforts of David Garrick, and burnished in the nineteenth by Coleridge. Of the playwrights Voltaire singles out for praise, Vanbrugh is remembered today mostly as an architect, and Addison as an essayist. Only Congreve is still performed with any regularity.