With the Voltaire Lab, we have established a new virtual space for cutting-edge research and experimentation on Voltaire, his immense textual corpus of works, and his enduring impact on the intellectual and literary landscape of the long eighteenth century and beyond.

Inspired by similar digital humanities laboratories such as the Stanford Literary Lab and the .txtLAB at McGill, the Voltaire Lab makes available for the first time the entirety of Voltaire’s literary output, including his extensive correspondence, for digital research and exploration.

Why a Lab? Voltaire wasn’t only a great satirical writer and political campaigner. In the 1730s and 1740s, he strove to popularise the empirical philosophy of Newton on the continent – work recognised by his election in 1743 as a Fellow of the Royal Society. At the same time Voltaire tried his hand as an experimental scientist, and while he was living with Émilie Du Châtelet at the Château de Cirey, he ordered tools and equipment from Paris to create his own personal laboratory in which to conduct scientific experiments. So we take Voltaire’s lab as the inspiration for our Voltaire Lab.

The creation of the Voltaire Lab opens up exciting possibilities that allows the Voltaire Foundation to engage fully in contemporary research in Digital Humanities. These new methods and resources enable explorations of the Voltaire’s thought and style that were previously unthinkable. As such, we encourage doctoral students to work alongside more advanced scholars to experiment with the data and explore new digital methods and how they interact and intersect with more traditional modes of literary and historical analysis. [Find out how/Get in touch! link]

It is our hope that work undertaken in the Voltaire Lab will contribute substantively to current debates about the validity of digital methods for humanities research, while, at the same time, uncovering new avenues of inquiry into Voltaire’s legacy. 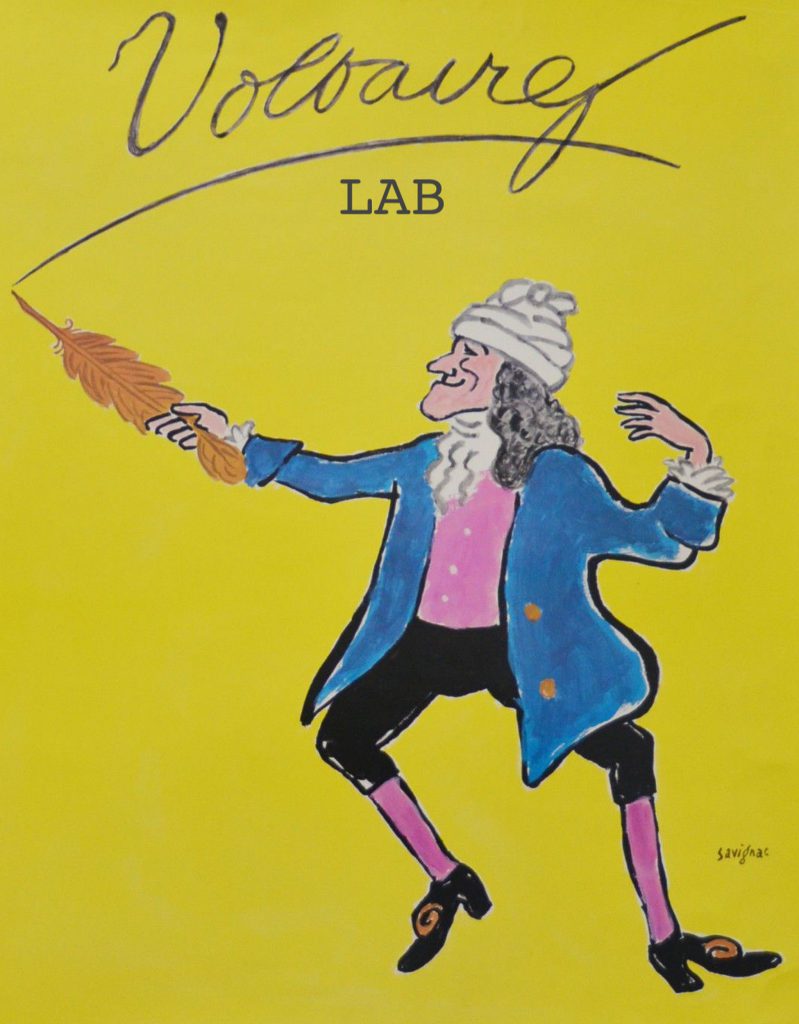 The creation of Voltaire Lab has been made possible by a pump-priming grant from the John Fell Fund of the University of Oxford and by a donation from M. Julien Sevaux: we are enormously grateful to our sponsors for their confidence in this new initiative.

We have combined Voltaire’s complete works, taken from the TOUT Voltaire database hosted by the ARTFL Project at the University of Chicago, along with all letters to and from Voltaire provided by Electronic Enlightenment. The resulting database contains some 22,000 individual documents and more than 13 million words, representing one of the largest single-authored datasets available for humanities research. If you would like to know more please email glenn.roe@voltaire.ox.ac.uk. 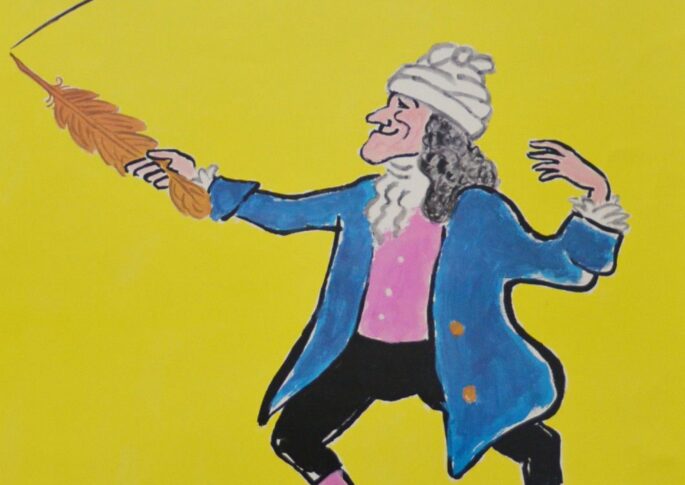 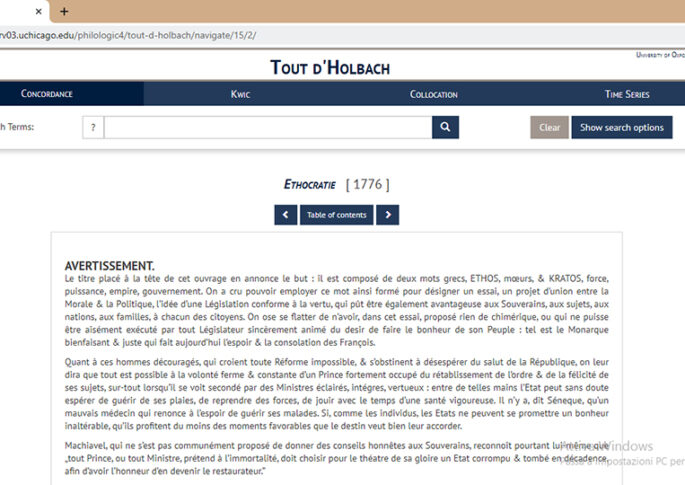 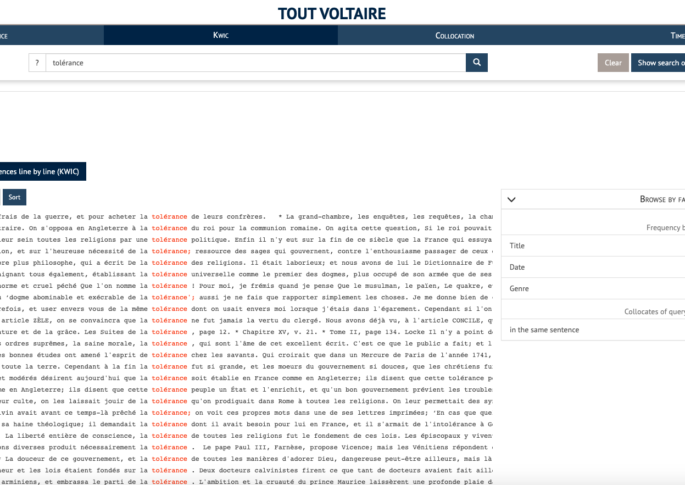