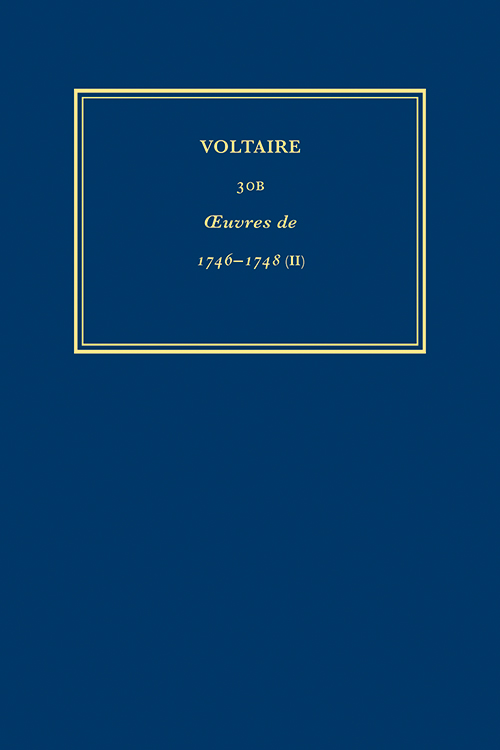 Written substantially in the late 1740s and published between 1747 and 1749, the three contes which are collected in this volume are among the best known of Voltaire’s works. They were composed at a time when Voltaire had abandoned the tranquillity of Cirey for the tumult of Paris and Versailles, and was enjoying new recognition from members of the court and the learned societies. The three contes in the present volume, Zadig, Memnon and Le Monde comme il va, mark a new departure for Voltaire. They are the first of his fictional writings to be composed especially for the general reading public. Secure in his official prestige by the late 1740s, Voltaire felt free to publish these fictional experiments which adapt the popular mode of oriental fiction, parodying and pastiching the works of other writers – while at the same time offering serious criticisms of French society and his reflections on the nature of human happiness and the problem of evil.

The three contributors […] share a clear, scholarly understanding of their task. […] This task they carry out with proper attention to the evidence, making clear what can be established as historical fact, and what can be inferred from contemporary comments and allusions, while also making generous reference to the research and interpretation of Voltaire scholars past and present. Fact is of course the bedrock of a critical edition, and it is for their treatment of what can be determined as ‘fact’ that we must be truly grateful to the editors. The selection of a base text, the clear setting out of variants, and the explanation of the principles which have determined matters of orthography, punctuation and capitalisation, all this is done with economy and efficiency – admirably done.